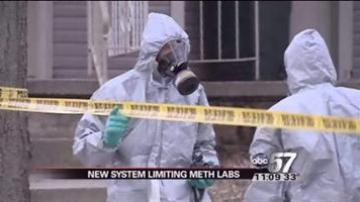 INDIANA--Two years ago, The state of Indiana had the 2nd highest number of meth labs in the country with more than 1,300, but police say a new online tracking system is working .

The system keeps tabs of cold medications purchases. It's credited with already stopping thousands of illegal sales in Indiana.

In the past month, the new system has blocked more than 8,000 grams of pseudoephedrine from being sold.

All stores selling medicines containing ephedrine or pseudoephedrine must join the system by January 1st.