This morning, before the rain even started, we weren't too far away from the 3rd place spot! Thanks to the record rainfall in February and overall above average precip numbers in every season this year, we are well above the mark for the year. We're just under 49 inches of total precipitation, that's rain and melted snow combined, from January 1st to today. That's just over 4 feet! The departure from normal almost a foot higher than usual to end the year as well. And, 2018 will end the same way it's been for the entire year: wet. The incoming rain today will, not only throw some unwanted slick spots on your way to new year's celebrations tonight, but will also vault us into the top 3 for Michiana's wettest years on record. 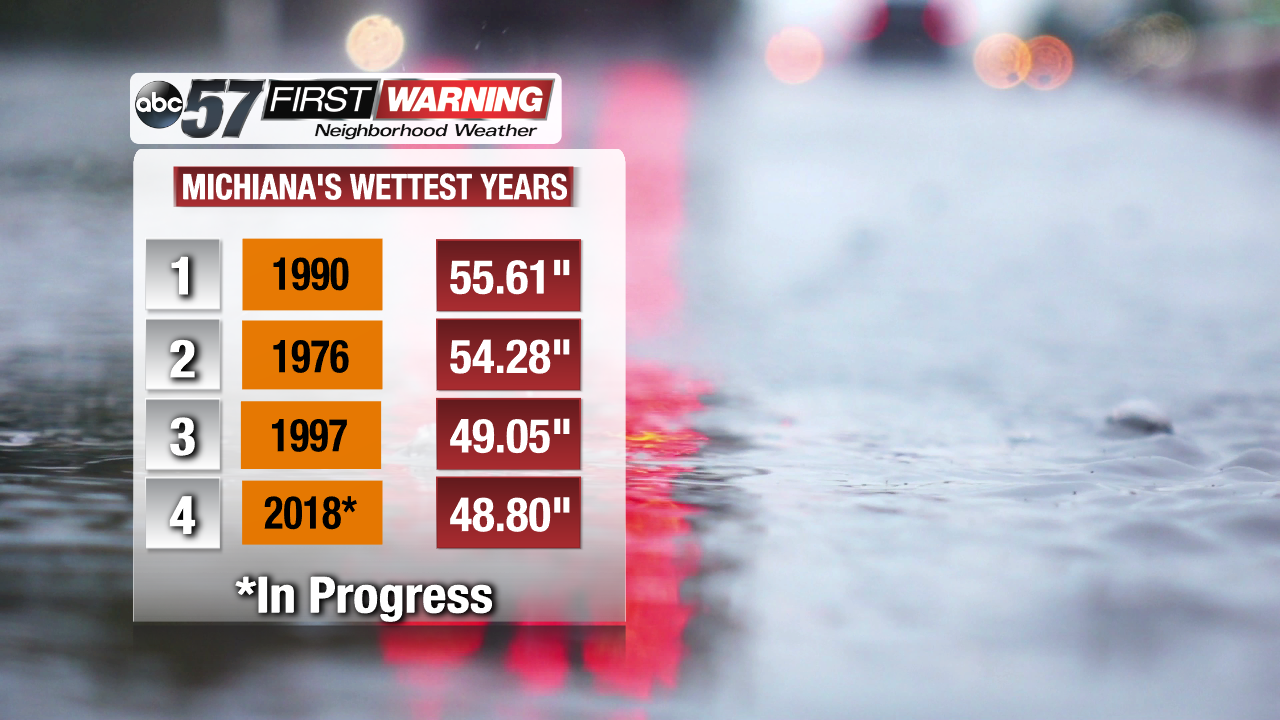 Right now, we only need a little more than a quarter of an inch to grab that 3 spot, and we can easily go higher than that. Models are still eyeing around 1 inch or more of rain for the south bend area with higher amounts farther south.

And as mentioned earlier, the late February flooding earlier this year really helped boost our 2018 precip numbers! Plenty of homes and businesses were destroyed by along major river systems in the area as floodwaters easily pushed out of their banks and didn't retreat for weeks. You can see the excess water flooding out those towns, homes, and businesses here.

Everything started Monday, February 19th, when we picked up more than an inch, but the waves of rain turned to steady downpours that night and on-and-off on the 20th. That Tuesday, we broke the daily precipitation amount for that day with almost 4 inches of rain in 24 hours. The weather started to quiet down some on the 21st, but the problems on the surface were just getting started. 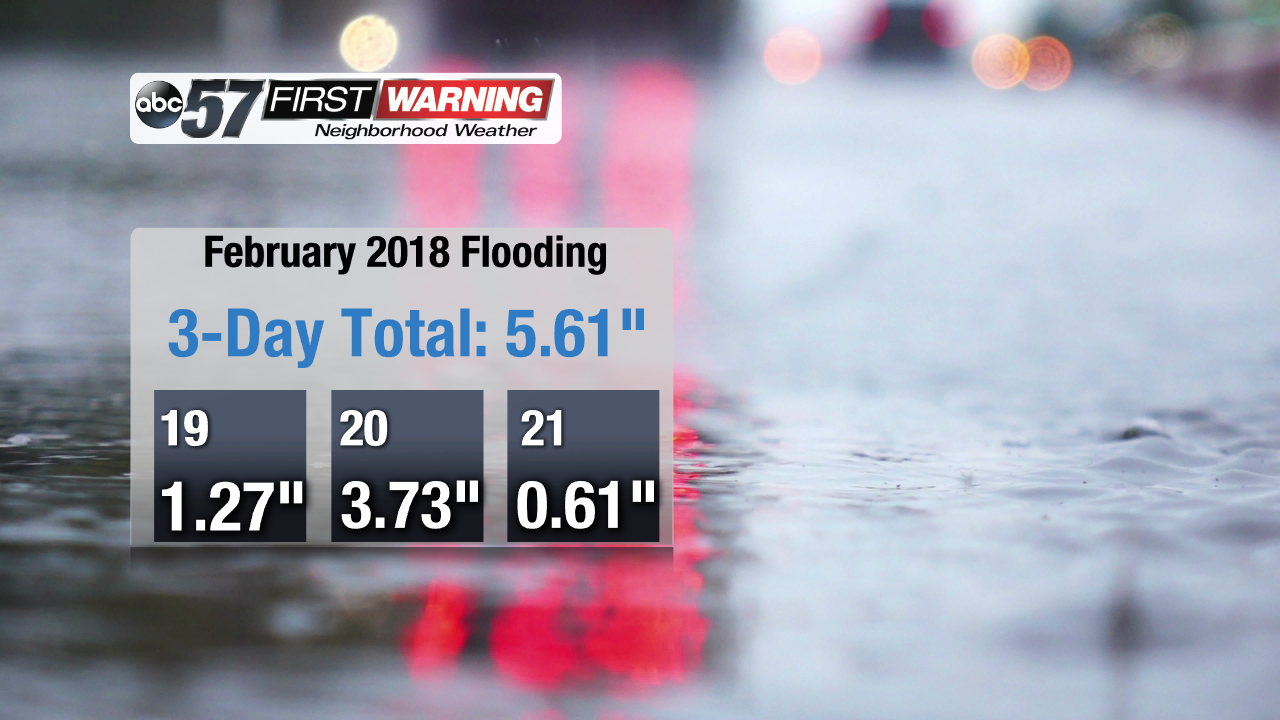 Rivers started cresting only a couple days after the rain stopped, setting all-time record highs at several points along the St. Joseph river and others to the south. This only added to the problem and contributed to damage that can still be seen in some communities.