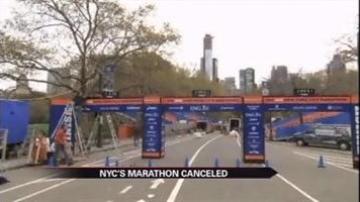 Mayor Bloomberg said holding the race would not require taking away resources from the recovery effort; it has just become a source of controversy and division.

This is the first time the race has ever been canceled.