Newly introduced bill would make texting and driving a felony 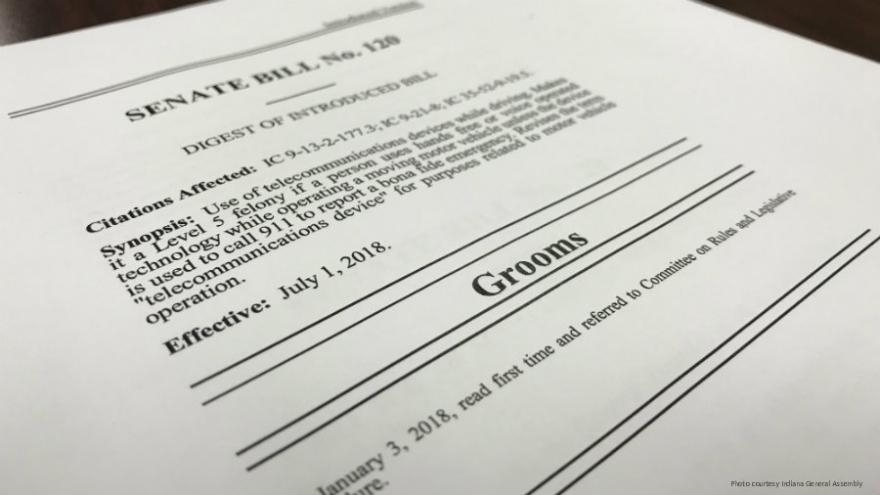 If made law, a newly introduced bill could put you behind bars for texting and driving in Indiana.

Wednesday, Senator Ronald Grooms introduced the bill to the Committee on Rules and Legislative Procedures, according to the Indiana General Assembly.

Grooms penned that the use of “telecommunication devices” while driving would be a Level 5 felony charge unless the “device” is being used to call 911 during an emergency.

According to Grooms, the use of radio equipment or communication systems installed in a commercial vehicle would not be affected by this legislation.

The fiscal note associated with the bill notes that over the next five years, the additional operation cost of the Department of Corrections could increase by $668,448.

The current standard for “texting and driving” is a Class C infraction.