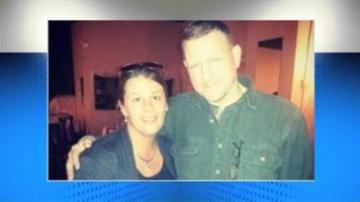 CROWN POINT, Ind. -- A wedding night ended in tragedy in Crown Point, Indiana when a just-married groom was killed while he was trying to be a Good Samaritan.

Forty-nine-year-old William Riley Knight was on his way to a hotel with his new bride after their wedding reception Saturday night when he stopped to help a woman whose car had gone into a ditch.

Three cars ended up hitting and running over both Knight and the young teacher he stopped to help. Both were killed.

"He was very outgoing, always wanting to help somebody. He was good to be around my kids. I'm glad they got to know him," said Knight’s friend Rob Biella.

Police said they did not issue any citations to the three drivers involved in the crash and that alcohol was not a factor in the accident.