NFL to kick off with the replacements 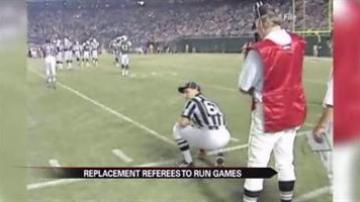 The NFL season kicks off Wednesday night with the New York Giants hosting the Dallas Cowboys.

And some of the league's finest will be missing.

Replacement referees will be used to officiate the game. The regular refs are in contract negotiations.

In the meantime, the league hired replacement refs from the college and high school ranks.

The 121 NFL referees are considered part-time workers and have outside careers. Last year, they were paid an average of nearly $150,000, plus benefits.