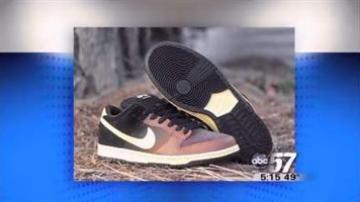 The controversy surrounding a new sneaker name is brewing.

Some say they're outraged by the name of a new Nike sneaker, the ”SB Black and Tan Quickstrike.” It's being released just ahead of St. Patrick's Day.

The limited edition shoe is named after a beer mix. The conflict is that it’s the same name as a British paramilitary group known for its brutal attacks on Ireland back in the 1920’s.

Some groups say this is like someone naming a shoe "al-Qaeda" in the United States.