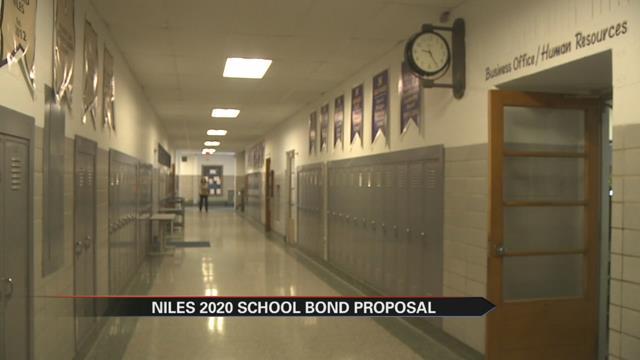 Niles Community Schools are about to get some long awaited improvements.

Niles taxpayers approved a bond back in May but at Monday night’s board meeting the how and how much was presented.

By the year 2020 all the schools in the district will be getting improvements that will make the buildings look nicer and function better.

“We can’t wait because the enhancements we’re going to receive through our classrooms and technology is vital to our primary goal of student achievement,” said Applegate.

The bond is broken into two phases, with the schools that need the most help being addressed immediately.

Phase one began in October. The first step is the design process, which is expected to be completed by March 2016 when then the bid process begins for construction work.

Phase two will address the rest of the schools in the district and is set to begin in early 2017.

Initially the school said the bond would cost tax payers an extra 4.75%, which is almost $200 a year for the average homeowner.

“The bond is actually less than we predicted for tax payers,” said Applegate.

The school was able to lower that rate, now the bond will cost that homeowner about $170 a year.

“We will continue to be fiscally responsible and make sure we get a large return on our investment throughout this whole process,” said Applegate.

Superintendent Applegate said the school plans to hold a community forum where residents will be able to voice their opinions. The date will be posted on their website.