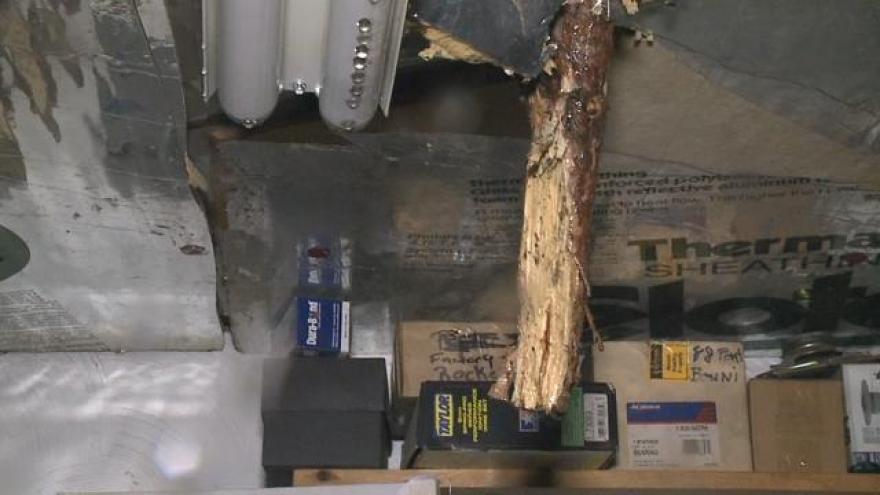 The city of Niles is dealing with damage caused by severe storms late Tuesday night. Because of the damage, all Niles schools are closed.

Tree branches and rocks can be seen across the city. strong winds toppled trees and power lines.

Niles Mayor Nick Shelton described the damage as extensive. crews have been going around checking it out.

More than 800 people on the city’s east side are still without power, according to Shelton.

Niles high school has reportedly been damaged and many homes as well.

A massive tree on landed on rex carpenter’s property, puncturing his garage while he was inside!

"Of course, when I came out, I heard things hitting the garage roof and the side of it. Before it fell down, it was 75 foot tall. It was a Scotch pine given to me as a Father's Day gift. Only about 5 foot tall when i put it in."

For those dealing with power outages or damage to their home, there has been an emergency shelter set up on Silverbrook Avenue as crews survey damage.