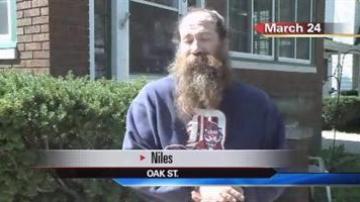 NILES, Mich. --  An officer who was accused of using excessive force has been cleared.

In March, William Parker claimed that an officer beat him several times with a flashlight in the head and then tasered him.

Police said Parker became irate after they refused to allow him in the ambulance with this mother.

The Niles Police Chief said that detectives talked to several neighbors and found no evidence that the police officer on the scene acted inappropriately.

Parker has been charged with resisting arrest and assaulting police officers. He goes to trial next month.