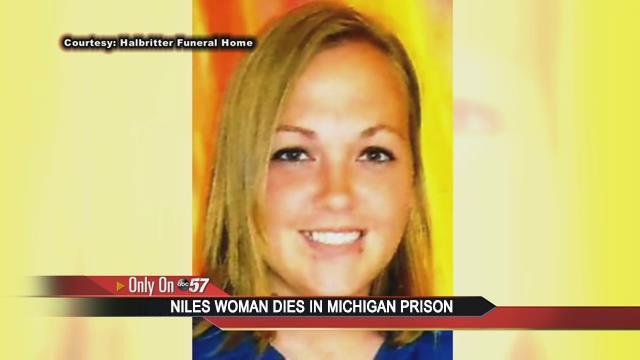 A 25-year-old woman from Niles died in a Michigan prison on July 16th and her family is begging for answers.

Kayla Miller's death was unexpected and prison officials believe drugs may have been a factor.

Marilyn Miller is left wondering how her granddaughter got drugs in prison.

The incident occurred at the Women's Huron Valley Correctional Facility in Ypsilanti, Michigan.

Miller said, “You don’t plan on hearing that your granddaughter was found with a needle in her arm. I don’t know if it’s true. We’ll never know everything.”

Kayla's father was overcome with grief.

He's upset that officials are not being forthcoming about his daughter's death.

According to a spokesperson for the Michigan Department of Corrections, Kayla’s death is being investigated by Michigan State Police.

Chris Gautz said, “One of the areas of the investigation includes the possibility that drugs were involved.”

Family believes Kayla was supposed to get out of prison in October.

Miller said, “They claimed they worked on her for over 5 hours. But when they arrived she was already dead.”

According to Berrien County Jail Records, Kayla was most recently arrested for breaking and entering.

Miller said, “I want to know what happened to my little girl!”

According to her obituary, Kayla leaves behind 3 young boys.

Lieutenant Joel Allen is reportedly in charge of the investigation.