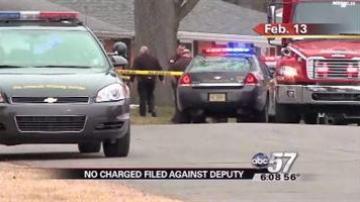 BERRIEN COUNTY, Mich.-- No charges will be filed against a Berrien County Sheriff's deputy who shot an killed a man.

Witnesses say they heard Babcock yell "Don't do this," before he fired three shots.