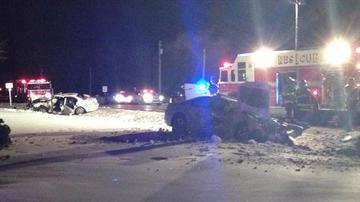 ST. JOSEPH COUNTY, Ind. -- The grand jury looking into the death of Robert Perez, who died after an accident with an Indiana State Trooper, decided not to indict anyone in the case.

At approximately 8 p.m. on March 7, 2013, the trooper was driving with his lights activated collided with Robert Perez's Hyundai at Ireland and Linden roads.

Perez, his passenger and the trooper were all injured.

Grand Jury proceedings are secret and no further details were released.