No long-term answers for flooded homeowners near ethanol plant 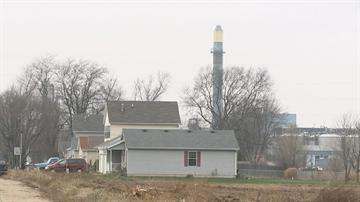 SOUTH BEND, Ind. -- Homeowners near the ethanol plant in South Bend are having to deal with flooding issues as a result of the facility's closure. The city is working with homeowners on a possible solution to keep their yards and basements from being ruined.

It's the driest season ever in South Bend, but walk through Peggy Tomkiewicz's yard, and you'd never know it.

"There's been a couple of times when the sump pump went out, and I hear the water gurgling, and I'm like, 'What if we're not at home when this happens?,'" Tomkiewicz asked.

For her and the other homeowners who live near the ethanol plant, November's closure means more than just an economic loss to the area.

"You can't put a price on this," Tomkiewicz said. "There is no way that you could even estimate what the electric bill is going to be, what kind of damage you're going to have, or even whether you could sell your home."

So she went searching for answers at a public works meeting addressing the issue.

"I really don't know where the blame is," Oliver Davis, Vice-President of the South Bend City Council, said. "But I know right now, we have to look back at the building code issues."

He's not sure who authorized the original permits for these homes to be built, but wants to find out if that person willingly let developers build on land known to have a high water table.

"The older homes have been able to withstand a lot of this," Davis said. "The newer homes basements are deeper. That water level is the one causing these problems."

Problems, that continue to persist for nearby homeowners.

Many just want whatever pumps were running before the plant shut down, to keep on running.