No support for PGA from Benton Harbor Commission 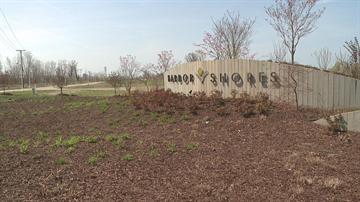 BENTON HARBOR, Mich. – The majority of Benton Harbor’s city commissioners aren’t happy with the Senior PGA Championship coming to town in May.

In a commission meeting Monday night, four of the seven city officials in attendance made a vote of ‘no support’ for the tournament.

The decision comes despite the thousands of visitors expected to visit, hundreds of temporary jobs being created, and a massive effort to keep tourism dollars in town.

Muhammad said the commission doubts there will be significant job creation resulting from the tournament. “We’ve heard of 200 to 300 jobs but we haven’t seen that.”

Down at the Opportunity Center in Benton Harbor, those jobs are exactly what Andi Grabemeyer is trying to fill. “(We’re trying) to make sure Benton Harbor residents are offered temporary positions with the PGA,” Grabemeyer said.

The Opportunity Center is placing 200 to 300 qualified people with the positions. Within a week they’ll start taking applications for everything from security to culinary. They’re hoping the majority of applicants come from Benton Harbor and are training unqualified residents with classes.

“I would be surprised if that was an actual fact,” said Muhammad. “That 200 to 300 jobs (will be) captured from this event.” Muhammad doesn’t believe it’s a reality and doesn’t think it’s enough.

According to Muhammad, commissioners don’t believe the tournament will have impact on local businesses in town, especially those owned by women and minorities.

“They should have a booklet of things,” Muhammad said. “To show what the city of Benton Harbor has to offer and what the Arts District has to offer.”

ABC 57 News asked the Community Showcase Committee, a Cornerstone Chamber of Commerce group trying to maximize the tournament’s impact, what their plans are.

According to the committee, information with local restaurants and stores will be given to the PGA’s visitors and a trolley from the gates will people places including the Arts District.

When told that his idea was similar to the one being implemented Muhammad asked: “Where is that advertised? We want to see it live.”