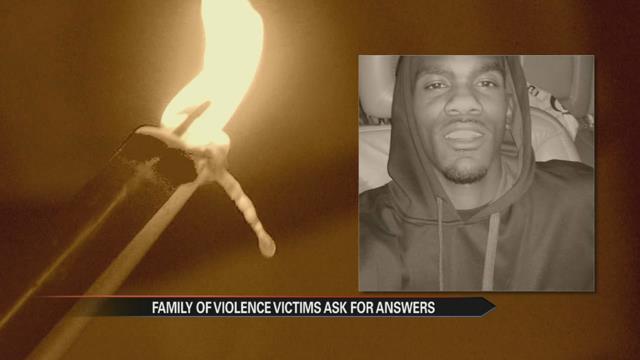 December in Elkhart started with a mother of five being shot in her home. Teketa Hixson died on December 3.

Two days later, and only about a mile away, Norman Gary was shot and killed on Decamp Avenue.

“You know we sit and we watch things like this on the news, and the feeling of wondering what the families are going through, until it happens to your own family, and it’s words that you really can’t explain,” said Gary’s sister, Sandy Holt.

“They just left him lay out there on the ground, on the cold ground,” said his mother.

The family says they still don’t know why.

“We’re very hurt by the situation, so we want answers,” said Holt.

Even if they can’t get answers about Norman, they say they just want the killings to stop.

“What we want the community to do is come together, you know not fighting, not arguing, no shooting, just come together as one,” said Johnson.

And they plan to make sure this son, brother, and father didn’t die in vain.

“We can’t bring him back, but we are here to say that justice is going to be done,” said Gary’s mother.