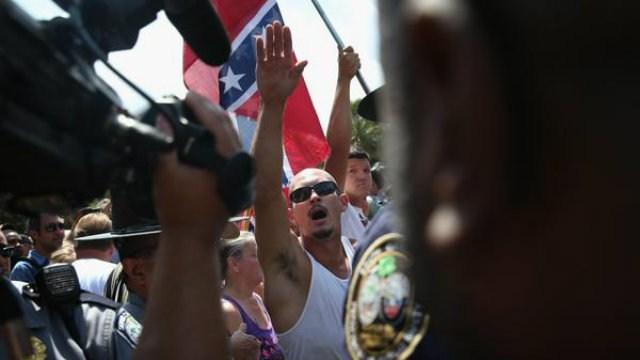 "We are disgusted and condemn this extremist ideology and associated actions in the strongest possible terms," NC GOP Chairman Robin Hayes said in a statement provided to CNN. "These acts and thought processes are no reflection of the heartbeat of this great country and are counter to the efforts to make America great again. We stand with the Democratic Party in calling these out-of-state troublemakers to go home."

The Loyal White Knights of Pelham, North Carolina, announced on its website that its parade will take place on December 3. Details for the parade, including where it would take place, were not immediately available, and a message left with the group was not immediately returned Friday night.

Trump's campaign quickly condemned the parade, saying, "Mr. Trump and his team continue to disavow these groups and individuals and strongly condemn their message of hate," according to Trump's spokeswoman, Hope Hicks.

This isn't the first show of support Trump has received from the group. Earlier this month, the official newspaper of the Ku Klux Klan expressed its support for Trump on the front page of its current issue, a move the Trump campaign also quickly denounced.

Trump, however, often was reluctant to disavow support from white supremacists during the campaign. Most memorably, he repeatedly demurred when asked by CNN's Jake Tapper if he disavowed former KKK Grand Wizard David Duke.