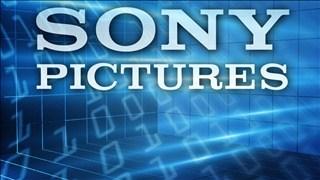 Billboards for the movie “The Interview” are being covered up after Sony decided to not release the controversial comedy in theaters.

This comes as threats of violence and a major cyber attack on Son that federal investigators have linked to North Korea.

These hackers are winning the cyber war.

In a statement released by Sony, the company says it was “the victim of an unprecedented criminal assault” and “we stand by our filmmakers and their right to free expression and are extremely disappointed by this outcome.”

Sony is not the only ones disappointed, actor Rob Lowe tweeted that “everyone caved,” while others call this a serious blow to our freedom of speech.

“I understand the need to be safe to make sure film goers are safe, but you can't buckle in just because somebody makes some threats,” says Lowell Peterson of the Writer's Guild.

Those threats, along with the invasion of Sony's computer system, and the leak of private e-mails and other information are being blamed on North Korea.

Federal investigators are figuring out how to respond to the threats.

“It is being treated by those investigative agencies, both at the FBI and Department of Justice as seriously as you would expect. They are considering a range of options,” says White House Press Secretary Josh Earnest.

Sony has been hit with another class action lawsuit from former employees alleging the company did not do enough to protect their private information.

Some estimate Sony's decision to cancel the movie could cost them over $100 million.