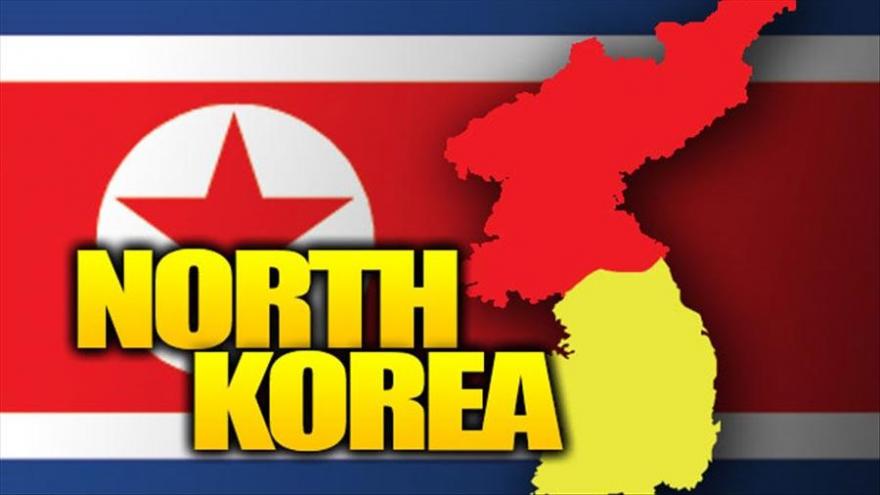 (CNN) -- North Korean state media has slammed the latest round of sanctions approved by the United Nations, calling them a "flagrant violation of our sovereignty." It vowed retaliation against Washington.

The measures aim to make it harder for North Korea to make money across the globe. They target North Korea's primary exports -- including coal, iron and seafood -- and attempt to cut off its additional revenue streams by targeting some of its banks and joint ventures with foreign companies.

Speaking at the ASEAN Regional Forum on Monday, North Korean Foreign Minister Ri Yong Ho blamed the US for the current situation on the Korean Peninsula and said Pyongyang's "possession of nuclear weapons and intercontinental ballistic missiles is a legitimate option for self-defence in the face of a clear and real nuclear threat posed by the US," according to a statement released by North Korea.

"We will, under no circumstances, put the nukes and ballistic rockets on the negotiating table," Ri said, adding Pyongyang would "teach the US a severe lesson" if it used military force against North Korea.

Later on Monday North Korea released a statement via its permanent mission to the United Nations calling the United States "frenzied" and "desperate." The statement said the US is "trying to drive the situation of the Korean peninsula to the brink of nuclear war, running amuck to conduct missile drill against the DPRK and deploying massive strategic equipment to the peninsula."

North Korea's state-run KCNA news agency said the country's missile launches were a "stern warning to the US," and warned Washington against "believing that its land is safe across the ocean."

KCNA accused the US of "trying to drive the situation of the Korean Peninsula to the brink of nuclear war" and pushing the UN to pass new sanctions.

"(North Korea) will make the US pay dearly for all the heinous crimes it commits against the state and people of this country," KCNA said.

US Secretary of State Rex Tillerson said the US would be open to dialogue "when the conditions are right."

The foreign ministers of North and South Korea spoke in a rare but brief exchange between the two countries.

China says that the situation on the Korean Peninsula had reached a "critical point of crisis," but added that it was a "turning point for negotiations."

Speaking at the ASEAN Regional Forum in Manila, US Secretary of State Rex Tillerson said the new UN measures were a stern message to North Korean leader Kim Jong Un that the international community is united in its commitment to see a Korean Peninsula without nuclear weapons.

"We hope again that this ultimately will result in North Korea coming to a conclusion to choose a different pathway, and when the conditions are right that we can sit and have a dialogue around the future of North Korea so that they feel secure and prosper economically," Tillerson said at a news conference in the Philippines capital, where he was attending a regional security meeting.

Weapons experts say the two intercontinental ballistic missiles (ICBMs) were theoretically capable of reaching the mainland United States. But they were both fired at a lofted angle, likely to avoid hitting land (both ICBMs landed in the waters off the coast of the Korean Peninsula.)

Pyongyang sees its weapons program as the key to preventing US-led attempts at regime change, and the July missile tests showed Pyongyang may have passed an important threshold in its quest to obtain the ability to hit the US with a nuclear warhead.

Some analysts have expressed doubt, however, that sanctions can stop the North Korean missile and nuclear programs, due to the regime's ongoing commitment to its nuclear program -- which they believe would be the last thing that would see spending cuts -- and the rapid progress they've made in recent years. North Korea is governed by a military-first policy enshrined in its constitution.

According to a statement from Russia's foreign ministry, top diplomat Sergey Lavrov met with his North Korean counterpart at the forum.

"Lavrov called on all parties involved to show the utmost restraint in order to avoid the implementation of negative power scenarios on the Korean Peninsula and immediately start searching for a political and diplomatic settlement through a comprehensive solution of the peninsula's problems, including its denuclearization," the statement said.

Tillerson is one of 27 global diplomats in the Philippines capital for the forum. His counterparts from Seoul and Pyongyang also are in attendance and briefly spoke at a gala dinner Sunday night.

The short conversation between South Korea's Kang Kyung-wha and North Korean counterpart Ri Yong Ho, though unlikely to lead to a diplomatic breakthrough, represents the first known high-level encounter between the two Koreas since South Korea President Moon Jae-in took office in May.

Kang told CNN the meeting was "unplanned" and only lasted a "couple of minutes."

"This regional forum is one of the few chances the North Koreans and South Koreans have to interact," said Jean Lee, a global fellow for the Woodrow Wilson International Center for Scholars and the former Pyongyang bureau chief for the Associated Press.

Moon has long been a proponent of greater dialogue with Pyongyang in order to diffuse tensions on the Korean Peninsula.

As an aide to President Roh Moo-hyun, Moon helped craft the so-called "Sunshine Policy," which called for an increase of engagement in the political and economic spheres.

"Ultimately, President Moon Jae-in is a strong believer on dialogue and wants to get things on a different track with North Korea," said John Delury, an associate professor at Yonsei University's Graduate School of international Studies in Seoul.

The White House said that Trump and Moon spoke on Sunday Washington time about the sanctions and "affirmed that North Korea poses a grave and growing direct threat to the United States, South Korea, and Japan, as well as to most countries around the world."

When asked how long Pyongyang would need to stop launching missiles for -- or if they would need to start dismantling their nuclear weapons program before talks -- Tillerson said "we'll know it when we see it."

"The best signal that North Korea could give us that they're prepared to talk would be to stop these missile launches. We've not had an extended period of time where they have not taken some type of provocative action by launching ballistic missiles," Tillerson said.

"This isn't about a specific number of days or weeks. This is really about the spirit of these talks and when they can demonstrate they're ready to sit with the spirit of finding a way forward in these talks by no longer conducting these missile tests," Tillerson said.

"It is all about how we see their attitude toward approaching a dialogue with us."

But the US has long said it would agree to talk only if North Korea agrees to denuclearization -- something many analysts believe is unlikely with North Korea's weapons program having progressed as far as it has.

China, North Korea's main ally and economic benefactor, said Sunday that the situation on the Korean Peninsula had reached a "critical point of crisis," but added that it was a "turning point for negotiations."

"Sanctions are necessary but in no way the ultimate purpose. Imposing fresh sanctions is aimed at bringing the conundrum back to the negotiation table," China's Foreign Minister Wang Yi said.

ASEAN foreign ministers also issued a joint statement condemning the missile tests and calling for "the complete, verifiable and irreversible denuclearization of the Korean Peninsula."