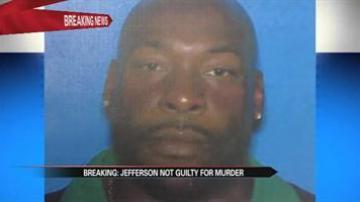 SOUTH BEND, Ind. -- Anthony Jefferson, charged with murder and attempted murder in South Bend, has been found not guilty.

Jefferson was found guilty of a leser charge, criminal recklessness.

At trial, Jefferson's attorney insisted his client shot Tyreece Walker in self defense and said Jefferson had nothing to do with the death of Jason Reed.

The decision clearly wasn't an easy one for the 13 jurors. They asked several questions throughout their deliberations, and even asked to hear from attorneys again before they made a final decision.

His sentencing date is set for Wednesday, March 12 on the criminal recklessness charge.