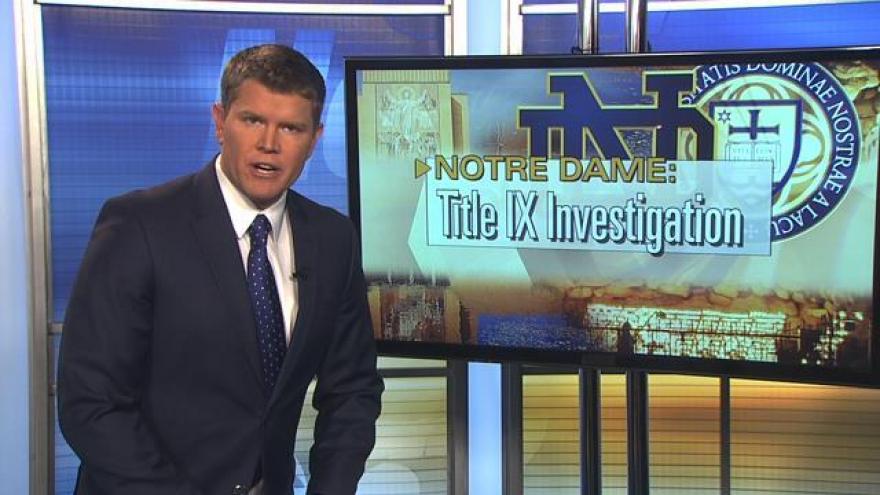 In 2014, the Department of Education responded to controversial campus rape allegations around the country by releasing a statement saying that it would crack down on universities suspected of Title IX violations. The most recent to make the list is the University of Notre Dame.

Notre Dame’s school newspaper The Observer wrote in October of 2015 about the issue of sexual violence on campus and the university’s current handling of crimes reported.

Notre Dame’s own student government presented recommendations on policy reform to the Board of Trustees that included four categories of concern including: accountability, Title IX process, campus sexual violence policies and the campus climate for reporting and support.

According to the U.S. Department of Education, there are two ways a school can be placed under investigation – one is if a complaint is filed against a school.

The second is if a compliance review is proactively started by the department.

Officials say they don’t identify which places a school on the list because they want people to get away from thinking one is more important than the other.

In the opinion of the Department of Education, both carry equal weight.

The investigation Notre Dame first learned about last week resulted from a complaint relating to a student who was separated from the university nearly a year ago.  Notre Dame was aware of the underlying allegation at the time it took steps to separate the accused student for other reasons.

Notre Dame has remained in compliance with both Title IX and with the 2011 agreement with OCR.  The University has regularly apprised OCR regarding the University's Title IX initiatives, education, programming and compliance efforts.

Click here for more information on Title IX, including how to file a complaint.