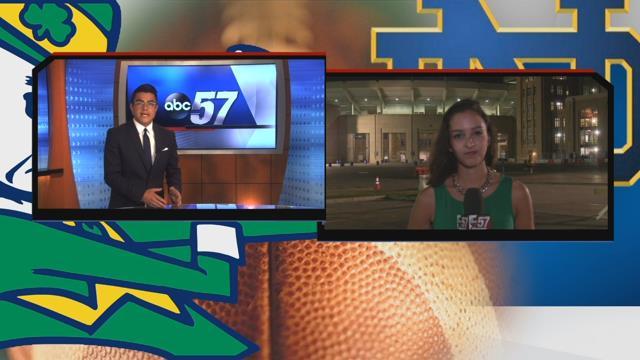 The beginning of the football season held high hopes for the Fighting Irish.  Now, with three losses already under their belts, those hopes have subsided.

Fans are upset with the team and the coaching staff, and are calling for some personnel changes.

ABC57 was told that the senior class has even started a GoFundMe page to buy out Defense Coordinator Brian VanGorder's contract.

Jim Smith is a Notre Dame alumni who traveled from Pennsylvania for the game.  He was disappointed.

"It just seemed to me that there just wasn't enough intensity." he says.

"We're terrible," he says. "This team is the worst team I've ever experienced for the Irish."

Copher adds, "I've watched the Irish my entire life, and this is the worst team we've ever assembled. Defense is terrible."

Even for the parents, it's upsetting.

Toni Marcheskie is a Notre Dame mom and believes there needs to be some changes.

"If the coach won't doing anything about the defense, then I think we need a change in the head coach and the defensive coordinator."