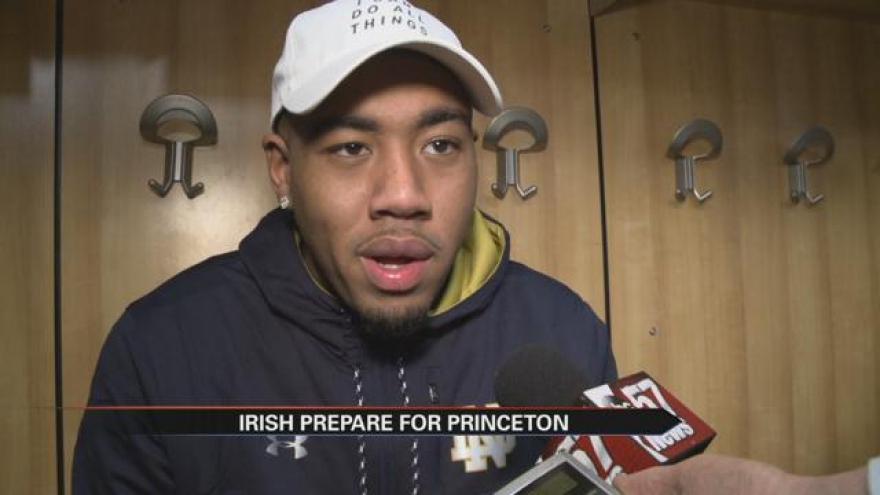 Notre Dame tips off in the NCAA Tournament Thursday against 12th seeded Princeton; a team very similar to the Irish.

In a situation with so much on the line, the uniforms and players may look different across the way but a lot of the differences stop right there.

As Irish Head Coach Mike Brey and his players know, in order to advance to the round of 32, they're going to have to beat themselves.

"I said fellas, we're kind of playing ourselves here and one of the coaches that's very familiar with them that i talked to, he said they're smart and tough, just like you. They shoot the three and space the floor, like us, they don't turn it over, we don't turn it over. They don't miss free throws, we don't miss free throws, they know who they are, they're older, it's very similar styles of play,” said Brey

The players see it, too.

"Don't get lazy on defense, we got to make sure we're doing the right thing and being in the right places so we get good shots on the other side of the floor so if we play good defense and take good shots, we'll be efficient enough," said Matt Ferrel, Irish guard.

"The possessions may be lower because of how they play on both sides of the floor, they play five out. They pick n roll, it's just like playing us, and they’re a good free throw-shooting team, good three point shooting team. We're excited to play and have to buy into the process, it's going to be a long game and we're going to go through adversity and have to stay together through it all," said Bonzie Colson, ND junior forward.

Brey preached a lot to his team this week about not taking being in the tournament for granted.

As their opponents are just making their fourth appearance in the tournament since the turn of the century, the Irish and Tigers kick off March Madness Thursday afternoon at 12:15 p.m.