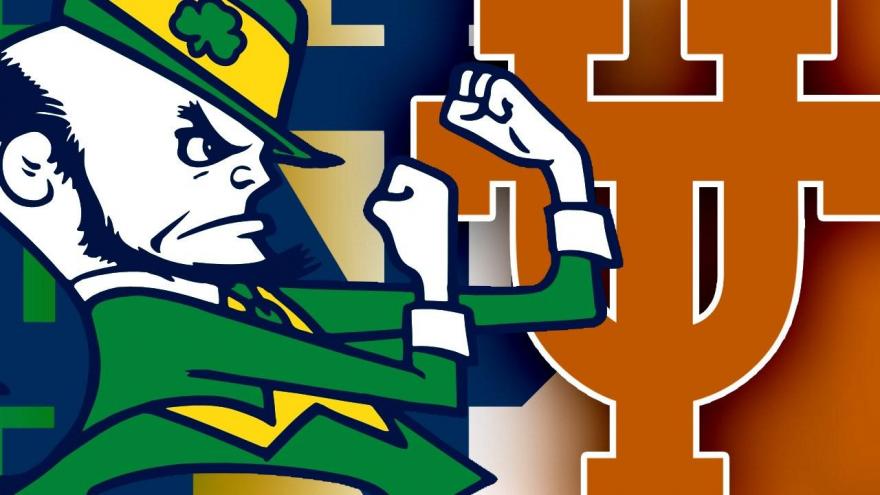 The Fighting Irish begin their season in Austin, Texas to face the Texas Longhorns at TX Memorial Stadium.

Notre Dame will take the ball after winning the coin toss.

Notre Dame will get the first touchdown. Kizer found Brown in the corner of the end zone. 7-0 Irish with 12:28 left in first quarter.

Texas and the Irish will tie with 9:30 left in the first quarter. The score is now 7-7.

At the end of the first quarter both teams remain tied at 7.

QB Tyrone Swoops would come out for Texas in the second quarter.

Texas with their second touchdown of the game. This puts them up 14-7 against the Irish with 7:13 remaining in the second quarter.

Soon after, Notre Dame would score their second touchdown of the game. Score is tied in the second quarter at 14 with 3:44 left before the half.

Touchdown Texas and they are now in the lead with 21-14 and only 1:12 left in the second quarter.

Notre Dame scores a touchdown soon after putting at 21. Texas is still in the lead with 31 points and 7:39 left in the 3rd.

Notre Dame scores another touchdown! The score now 31-28, Texas with 5:06 left in the 3rd quarter.

The score remains the same at the end of the 3rd quarter.

Notre Dame with yet another touchdown and this will put them on top 35-31 with 10:57 left.

Texas with a touchdown after D'onta Foreman gets through the Irish defense putting them back on top, but not for long since teh extra point would be blocked Notre Dame would score a touchdown and the game is tied 37-37 in the fourth.

End of regulation and the game is tied going into overtime.

Texas would score a touchdown putting them in the lead and the score up at 44-37.

Irish fans get ready for Sunday's match up