You might not be complaining about the 70 degree days in our forecast, but you have to admit: it does seem a bit unusual for November. Remember, just days ago on Sunday we had our first snowflakes of the season.

Our upcoming stretch of 70 degree days is not just unusual for the month of November, it also has the potential to break multiple records. 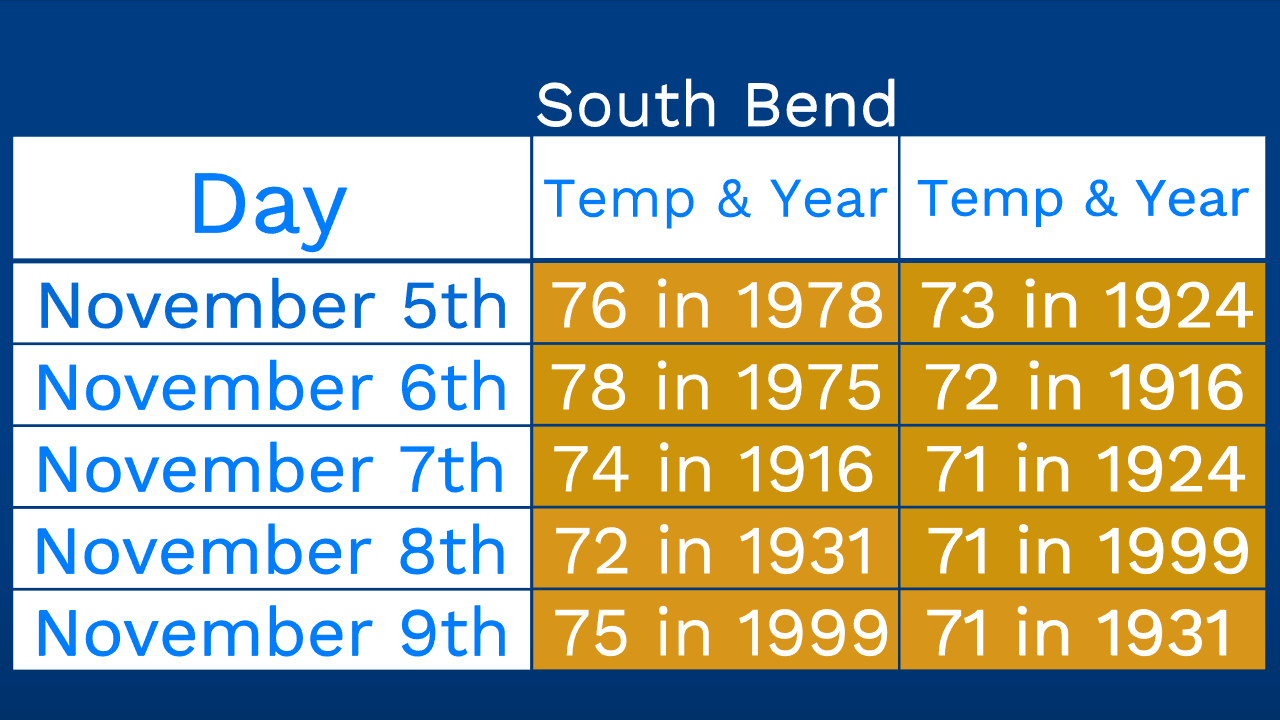 We could tie or break any of these records this week, but the most likely would be November 8. Our current forecast for the day is 73 degrees, which is one degree warmer than the previous record.

In addition to potentially setting records for daytime high temperatures, we could be on track to setting a record for most 70 degree days in the month of November. The current record is having five 70 degree days. This happened in three separate years: 1999, 1964, and 1953. 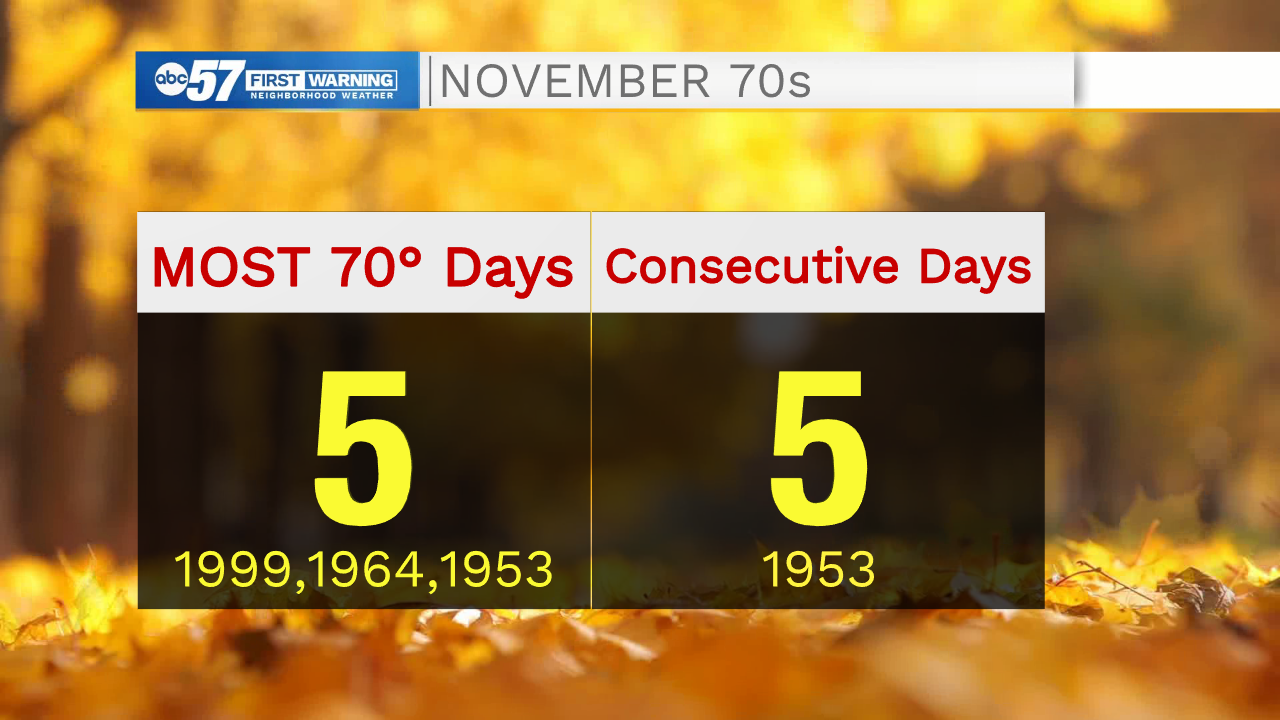 We could also set a new record for the highest number of consecutive 70 degree days for the month of November. The warmest of the days looks to be Monday where highs will top out in the mid 70s. We could break the old record set back in 1950 if enough heat builds into Michiana. 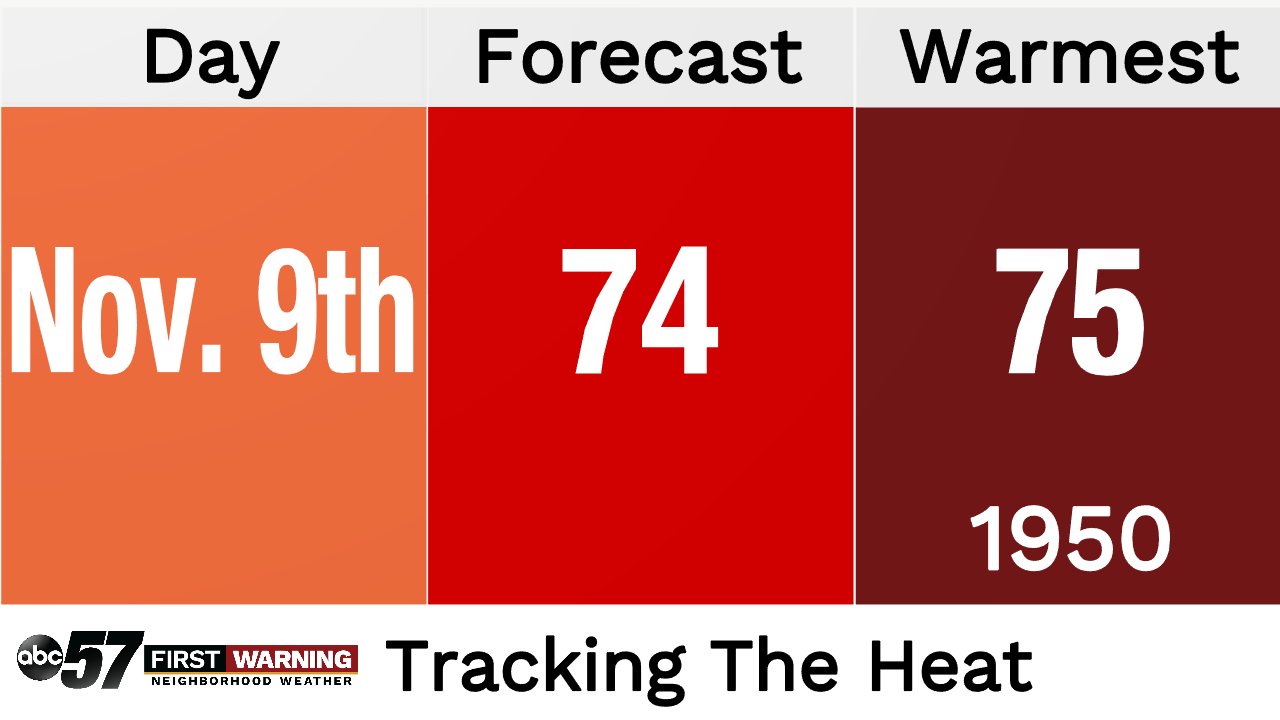 A big drop in temperatures is set to arrive by the middle of next week following a cold front that arrives on Tuesday. Even though mid to late next week looks cold, the Climate Prediction Center's temperature outlook from November 11- 17 still has a 50% probability for Michiana to see above normal temperatures. The normal high for this time of year is around 52 degrees, and the normal low is around 33 degrees, which means we could see temperatures just above each of these thresholds. 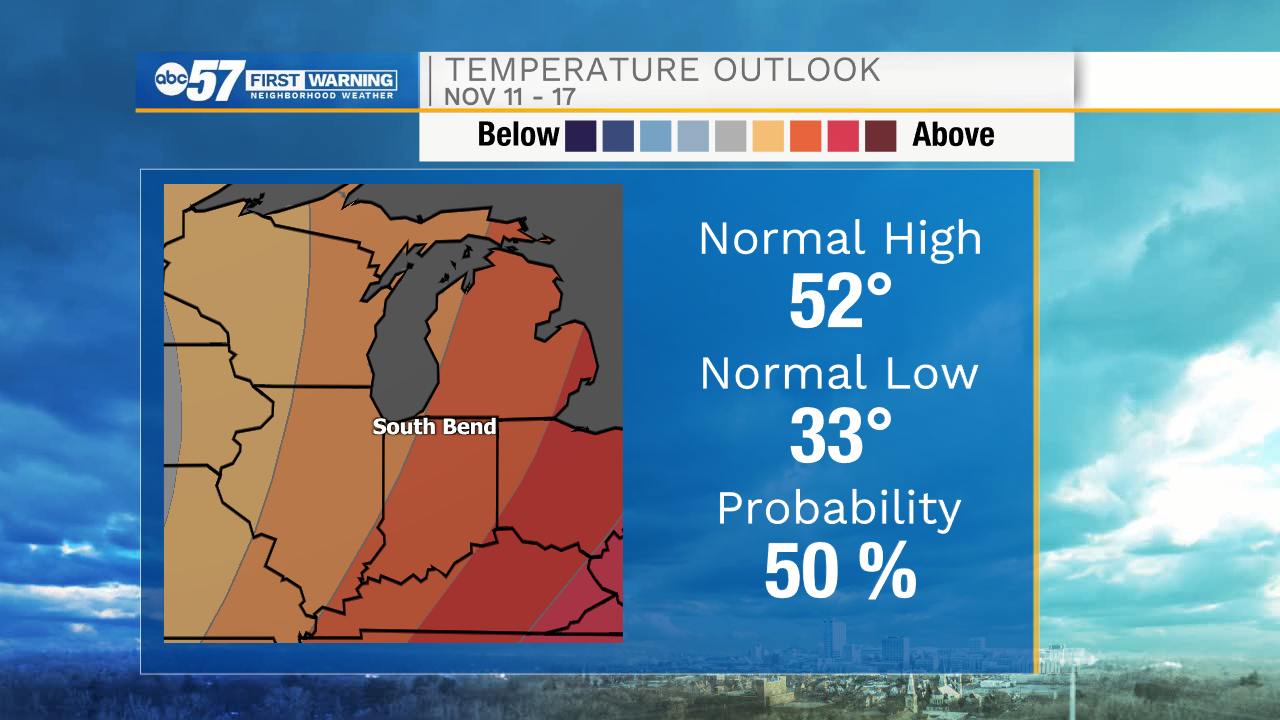