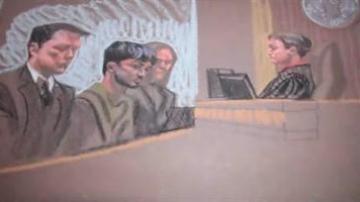 NEW YORK -- A man accused of plotting a terrorist attack is facing some hefty charges.

Wednesday, police arrested a 21-year-old man from Bangladesh. They've been secretly tracking him as part of an FBI sting.

He put what he thought was 1,000-pound bomb into a van and parked it outside of the federal reserve bank in New York City.

When he tried to detonate the bomb the FBI arrested him.

"We are still very much a coveted target by terrorists,” said New York Police Commissioner Ray Kelly. “New York is the top of the terrorist target list in this country and this just reaffirms that.”

The suspect is being held without bail. Officials at Southeast Missouri State University said he was a student there majoring in cyber security.

Police said they flagged the suspect on the internet three months ago.