Obama, Romney turn up the heat in 2nd debate 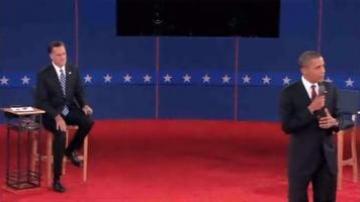 Heated exchanges and a few zingers from both sides set the tone for the showdown.

Both contenders interrupted each other many times and they launched some forceful attack lines on everything from the economy to taxes.

The latest political poll numbers show President Obama coming out on top as the debate's winner.

"The economy is obviously a big problem we have going and it’s something that needs to be fixed,” said Ashley Yagla. “I feel the last four years haven’t helped us too much so we need to take a new direction on that.”

"I think they tailored a lot of the questions to answers that were already prepared or answers they felt very comfortable with, especially on the economy,” said Chris Jakes. “I think they each have their own version of economics that may or may not be true or false."

The final debate is set for Monday Oct. 22.

President Obama and Romney will exclusively focus on foreign policy.