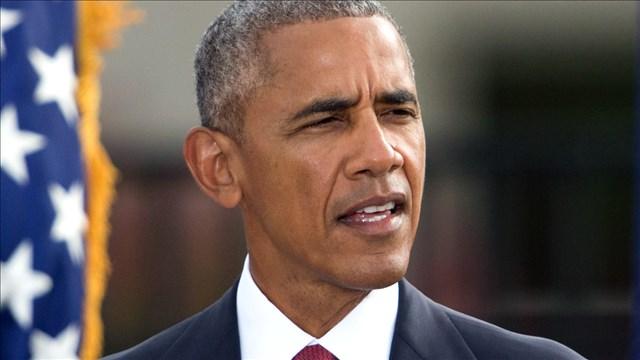 WASHINGTON (CNN) -- President Barack Obama is expanding the November itinerary of his last planned trip abroad in office to reassure allies the bedrock principles of American governance and leadership remain in place.

In Greece, the wellspring of democracy, and in Germany, the heart of the European Union partnership, he will defend the values that he has seen as under attack in this election cycle and look to polish the global image of America tarnished by the caustic campaign before bequeathing his job to his successor.

He will then travel to Peru for his his final major summit of world leaders -- including the nettlesome Philippines President Rodrigo Duterte.

In Athens, Obama plans to capitalize on the country's ancient history to deliver a parting message.

"In the birthplace of democracy, the President will ... reaffirm the resilience of democratic values, which have done so much to deliver peace and prosperity to Europe and the wider world," White House Press Secretary Josh Earnest said Tuesday.

That message was likely to carry onward to Berlin, where Obama plans to consult with his most stalwart global ally, German Chancellor Angela Merkel. It's Obama's sixth visit to Germany, a country that's increasingly emerged as the top US partner on a continent facing economic and political instability.

Obama last visited Germany in April, when he delivered an impassioned call for continental unity. Since then, Brits voted to exit the European Union and nationalist parties have gained steam in capitals from Paris to Vienna to Rome.

Those isolationist movements threaten Obama's attempts to press European countries into more robust action against Russia, for its incursion into Ukraine, and against ISIS in Iraq and Syria. And they have echoes with political currents buffeting America in the race to replace the outgoing occupant of the White House.

Russia, the Middle East and terrorism are set to dominate Obama's final huddle with the leaders of France, Italy and the United Kingdom amidst "a range of global issues," according to the White House.

In Greece, Obama plans bilateral meetings with the country's left-wing government amid a new round of talks over debt relief. Athens has been struggling through a financial crisis for most of Obama's presidency, caught between the austerity measures imposed by European lenders and a desire to improve unemployment and growth.

In Peru, Obama will attend his final Asia-Pacific Economic Cooperation gathering. Unlike the Europe stops, the trip to the South American capital was widely expected, as Obama made a commitment as President to attend the forum each year as part of his "Asian pivot" strategy.

While there, the President will again press for passage of the Trans-Pacific Partnership trade deal, whose future rests in the hands of lawmakers returning to Washington for a lame-duck session of Congress.

Presidential candidates Hillary Clinton and Donald Trump have both said they oppose the plan, making the window for passage narrow. The White House said Obama would meet with the leaders of the 12 Pacific nations included in the TPP during his stop in Lima, though Congress has also shown a lack of eagerness to ratify the controversial mammoth deal.

The visit comes two months after Obama's final trip to Asia, a continent he's prioritized in his foreign policy. Among the Asian leaders expected to attend the APEC gathering is Duterte, the bombastic president of the Philippines, who's caused angst in Washington for his vows to detach his country from longstanding ties to the US.

Obama canceled a scheduled meeting with Duterte during a stop in Laos in September after his aides determined the Filipino leader's comments calling the US leader a "son of a bitch" would prove a distraction.

Since then, the rhetoric has only deteriorated, though US officials say they've received no requests from the Philippines to alter formal ties.

The White House did not list any official interactions with Duterte in their announcement of the trip Tuesday.