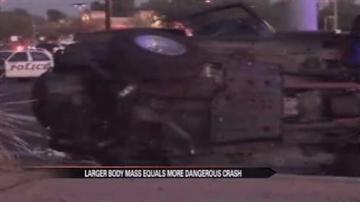 As if being overweight was not dangerous enough, a new study found that obese drivers are more likely to die in a car crash.

The researchers suggest car companies take a look at the problem and redesign their vehicles.

One in every three Americans is currently considered obese.