It was a very eventful and tragic day for Michiana exactly 17 years ago today. Buildings were completely wiped off their foundations in spots, signs were destroyed and fully-grown trees were just pushed over.

Here's a look at all of the tornadoes that rolled through our area on that day. 10 tornadoes touched down in Northern Indiana, and 7 of those were right here in Michiana. You can see the paths that these twisters took below. Many of the 7 went through populated centers around St. Joe county in Indiana into Berrien and Cass counties in Michigan. Unfortunately, the strongest of the tornadoes that day were among the ones to hit those cities the hardest. Their strengths were as low as an F1 rating, with a wind speed between 73 to 112 mph, to a F3, where winds topped 206 mph. 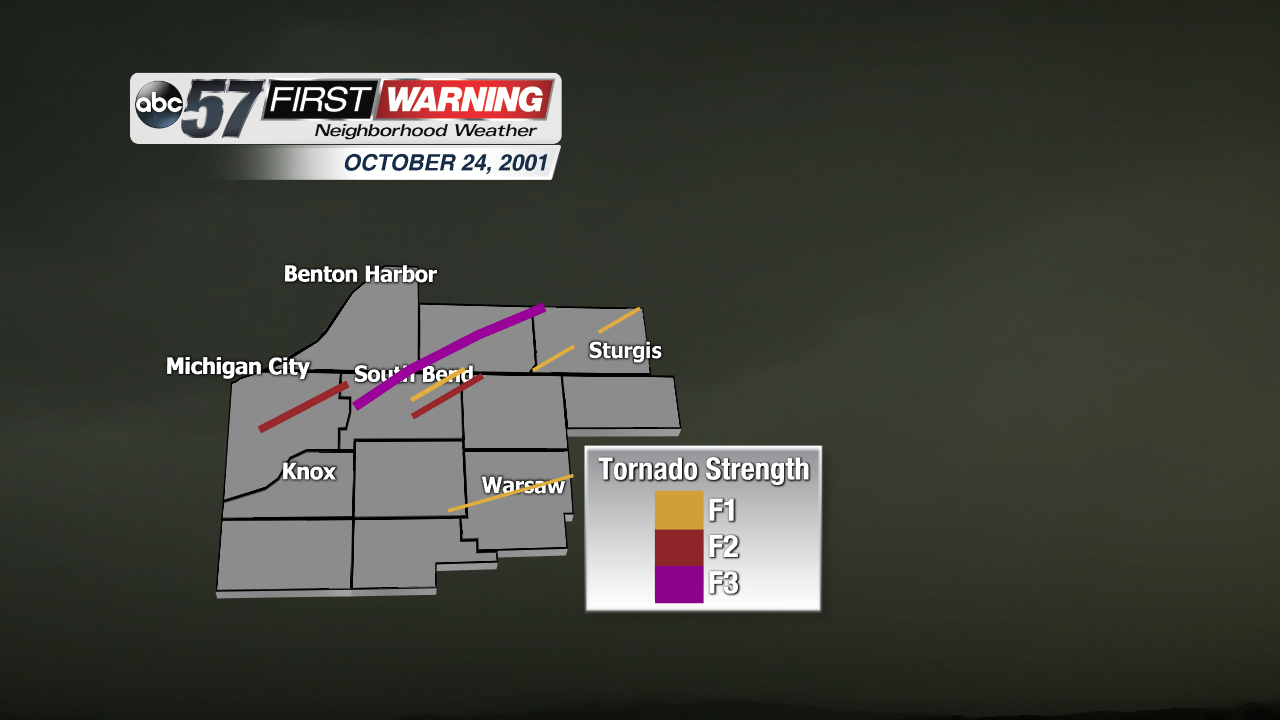 After it all, 2 deaths and 17 injuries were reported, mainly in Central Michiana where the strongest twisters hit. Interestingly enough, there was another outbreak here on the exact same day, October 24th, in 1967. 4 tornadoes struck Michiana and resulted in 5 injuries in Kosciusko County.

Even though these two outbreaks created a lot of damage around this community, these events are very rare. During the fall season, as the warm and cold air masses battle it out again over Michiana, severe weather can happen, even though warm weather slowly fades away through the fall season. That's exactly what happened in 1967 and 2001. However, again, they are very rare! From 1950 to 2013, in that 63-year span, only 9 Octobers had tornado touchdowns in Michiana. That's only 14.3 percent of all Octobers. 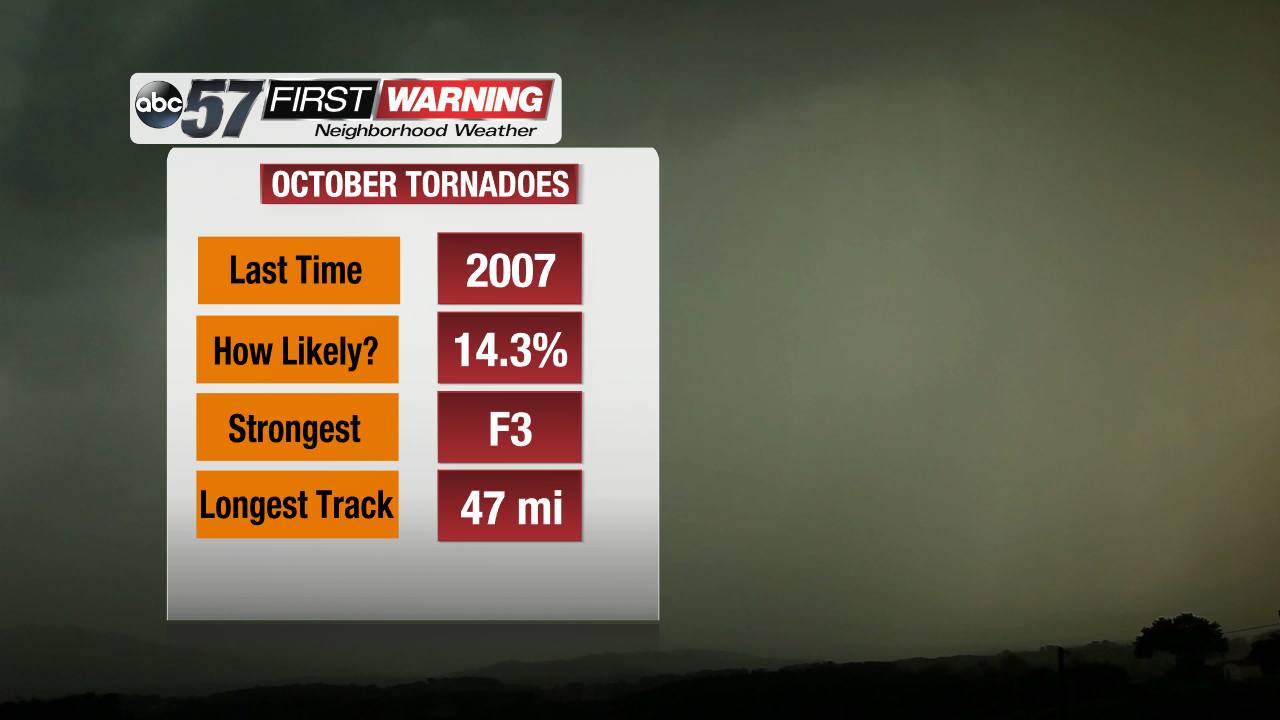 We typically see our late fall severe weather from strong low pressure systems that sweep over Lake Michigan. These lows can be very strong thanks to the fact that the boundary between warm air and cold air is placed right over our area. This boundary and the drastic change in temperatures over a short distance helps to quickly strengthen the storm system. These lows produce very high wind, steady rainfall, and dropping temperatures that can change rain to a wintry mix to snow. If this sounds familiar, it's because that's exactly what last Saturday, as strong winds created power outages while rain, snow, even a wintry mix, fell over Michiana.