So far across Michiana, October has been quite average in terms of temperature and precipitation. Through the first two weeks of the month, our temperature and rainfall rankings fall almost exactly in the middle of the pack. 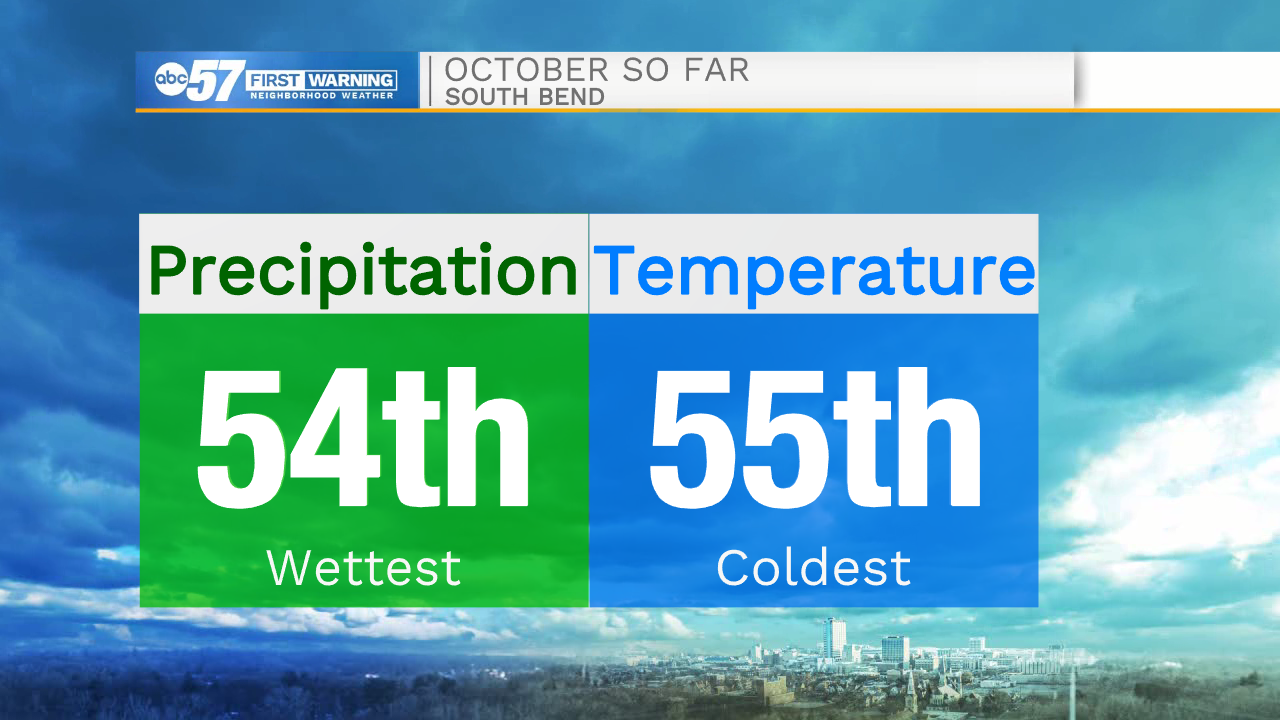 However, our next fall front set to arrive on Thursday could finally usher in long-lasting cool temperatures for the first time this season. 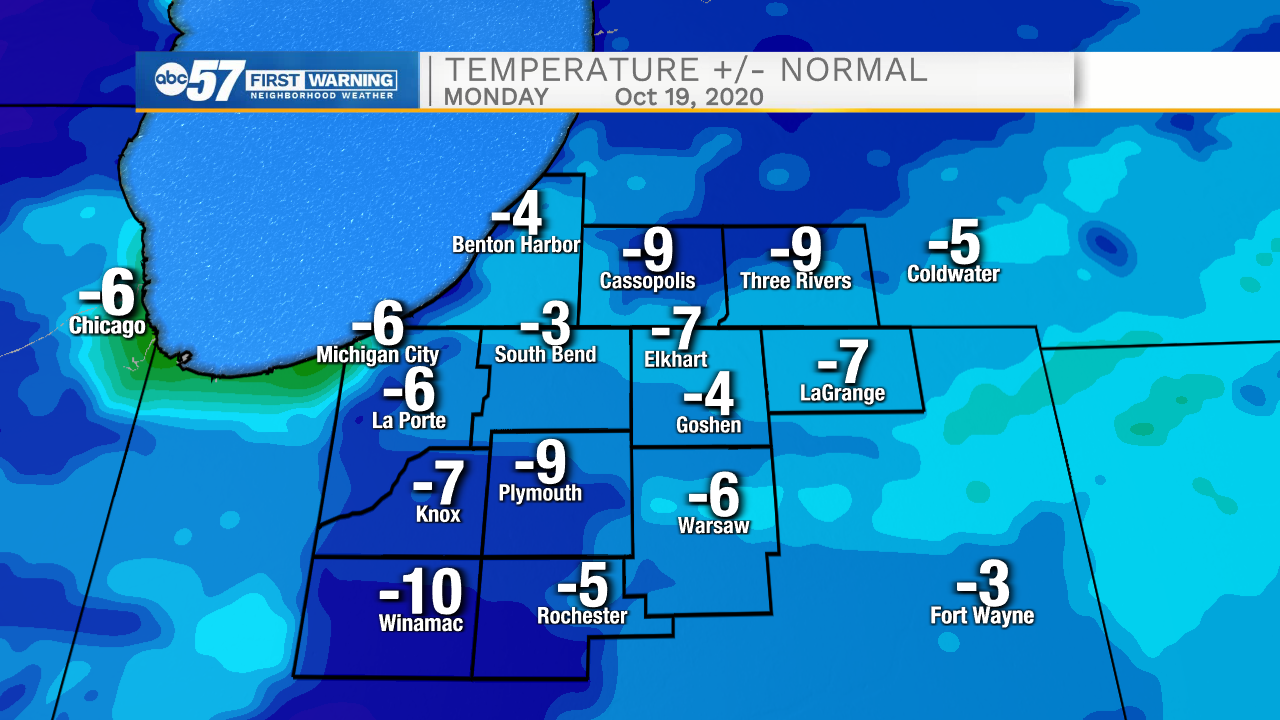 Cold temperatures might be a common occurrence as we head into the winter across Michiana, as La Niña conditions are likely into December, January, and February 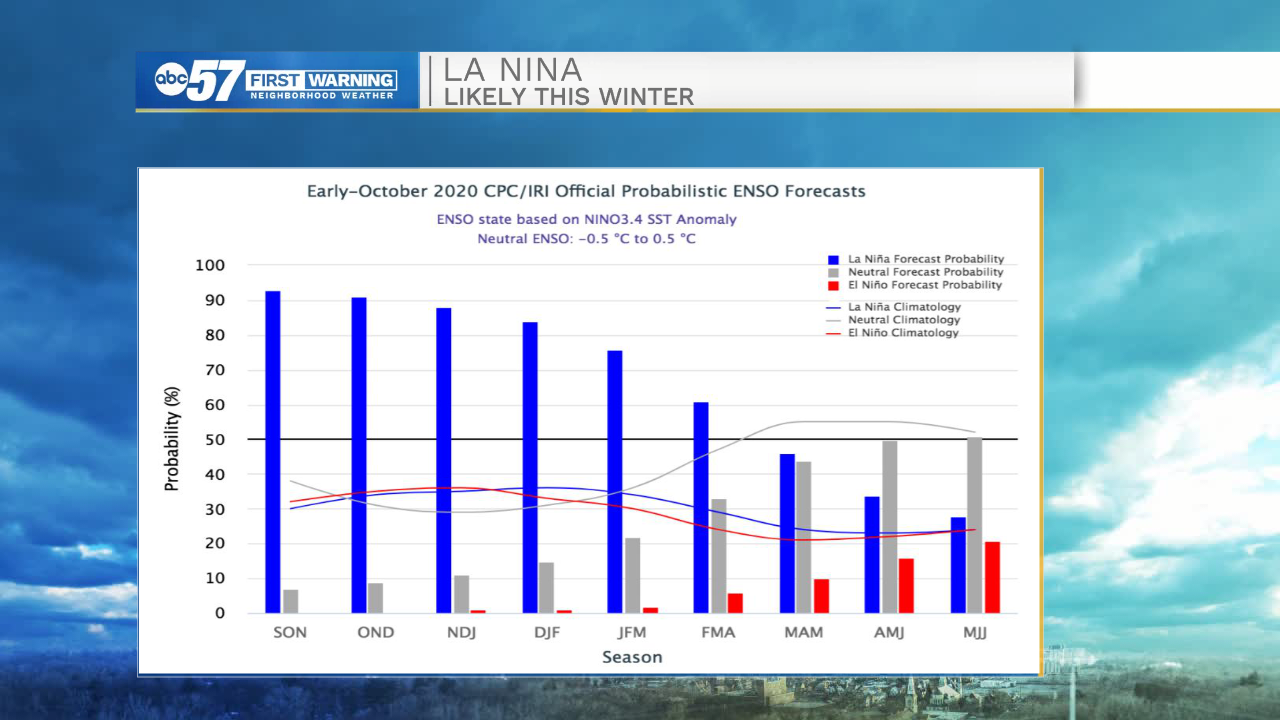 While every La Niña event is different, typically this type of climatological setup brings colder and wetter weather during the winter months compared to a normal season. 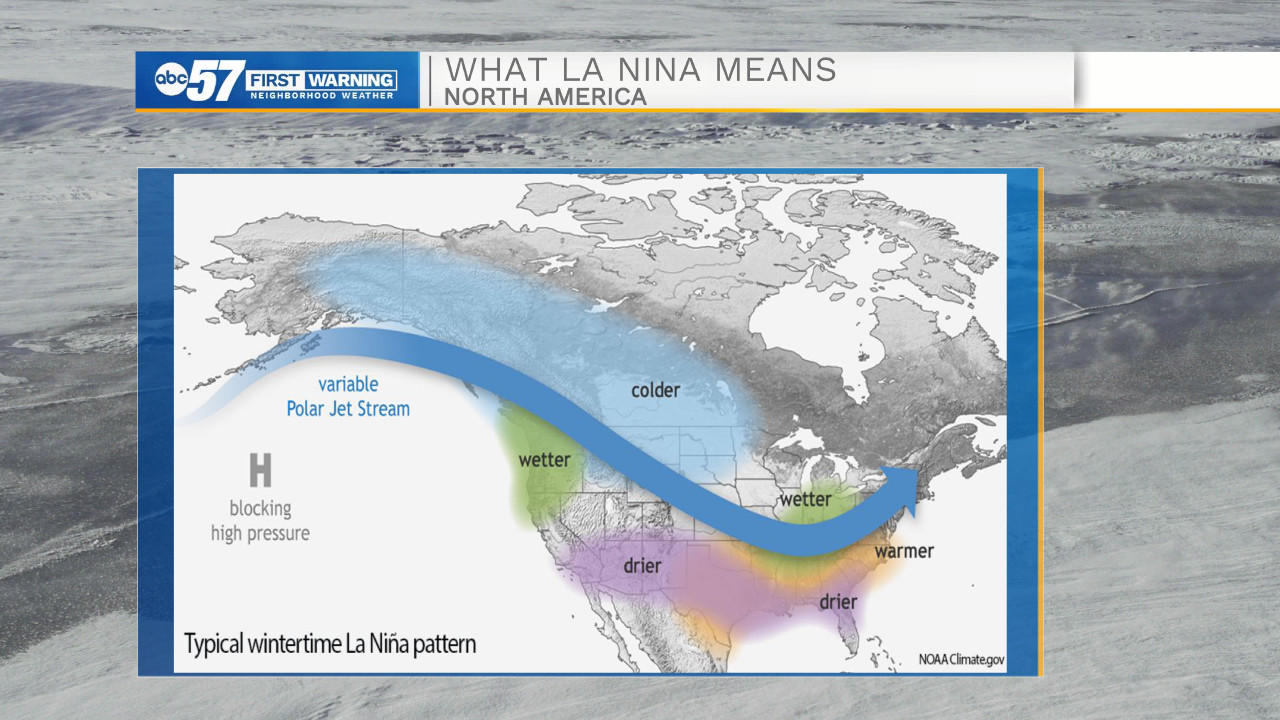 Right now, La Niña is on the moderate-to-strong side. That would typically signal the increased chance of above-average snowfall across MIchiana this winter.

But, don't buy all of the bread and milk months in advance just yet. 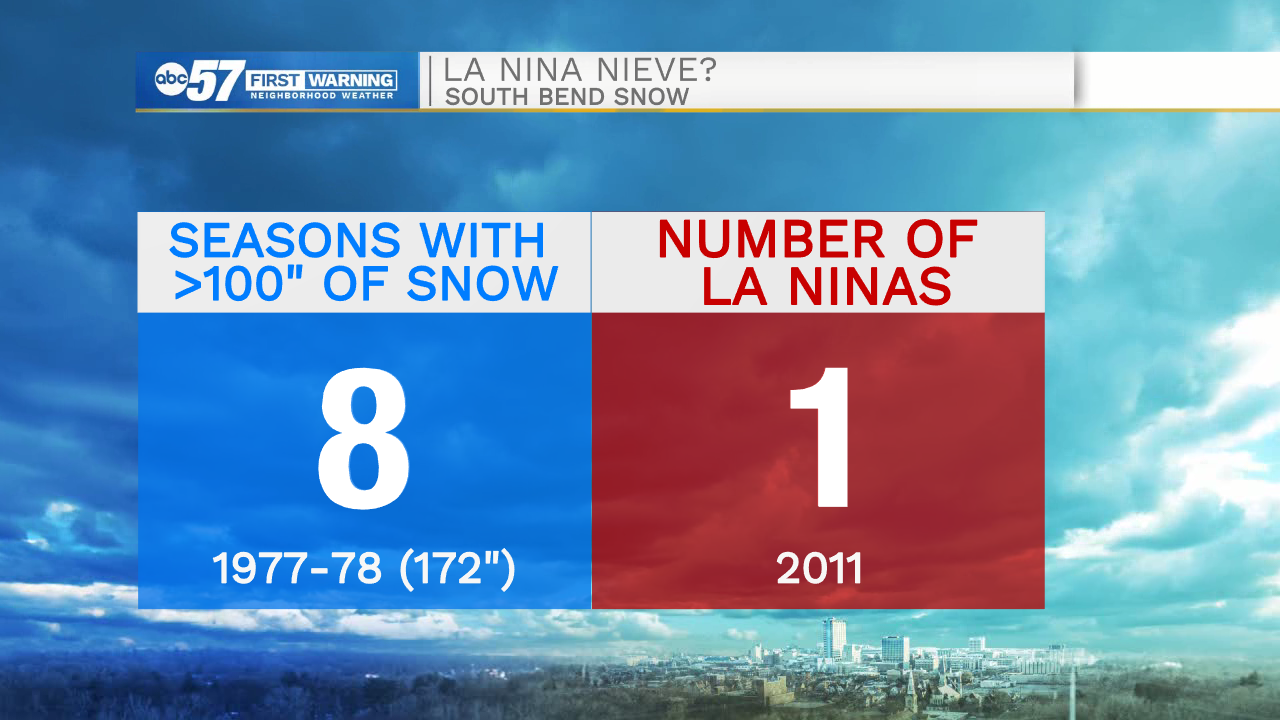 We'll be sure to factor this into our Winter Outlook, which will be out next month.