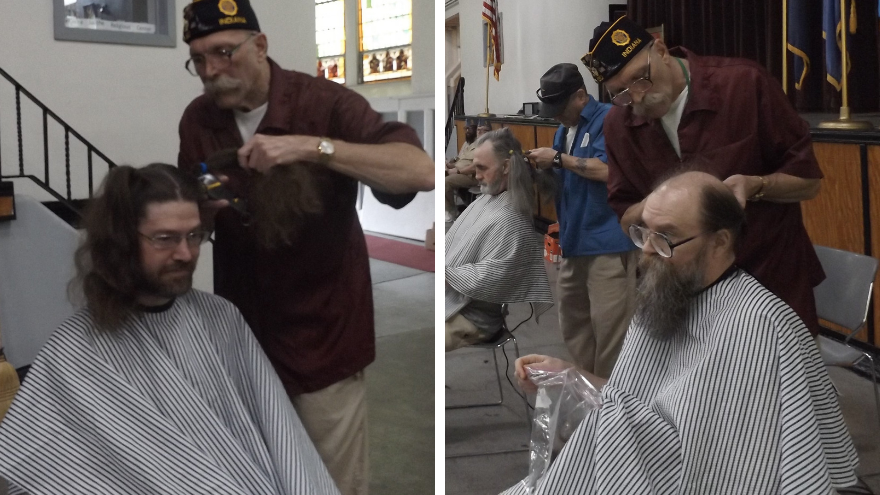 MICHIGAN CITY, Ind.—Seventeen men at the Indiana State Prison grew out their hair and donated it to Locks of Love on April 11 in partnership with American Legion Post 130.

Hair must be at least ten inches in length to be donated. Some of the men had been growing out their hair for two years.

Many of the men made the donation in honor of their own family members who have battled cancer.

Since becoming the first American Legion Post in a prison in the United States, Post 130 has held hair donation events for Locks of Love eight times. They’ve also raised over $180,000 for various charities.

Joseph Waldron, an offender in the Indiana State Prison made his donation in honor of his daughter, who, while at Riley Hospital, made friends with young cancer patients who had lost their hair during chemotherapy. She urged her father to grow his hair for a wig.

“It is because of my loving daughter and her kind heart that I am doing this,” Waldron said.