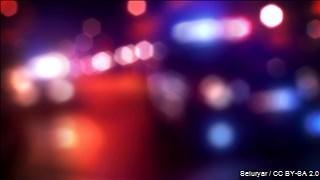 A man was taken into custody Tuesday afternoon after police say he robbed a Mishawaka bank and was spotted shortly after.

Mishawaka Police responded to a call about a robbery at the Mutual Bank Tuesday.

The robbery happened at the Mutual Bank in the 400 block of McKinley Road in Mishawaka.

Police say the suspect was apprehended when officers who had investigated the robbery noticed a man matching the description walking across a bridge behind the police station just hours after the robbery.

No suspect’s name has been released at this time.