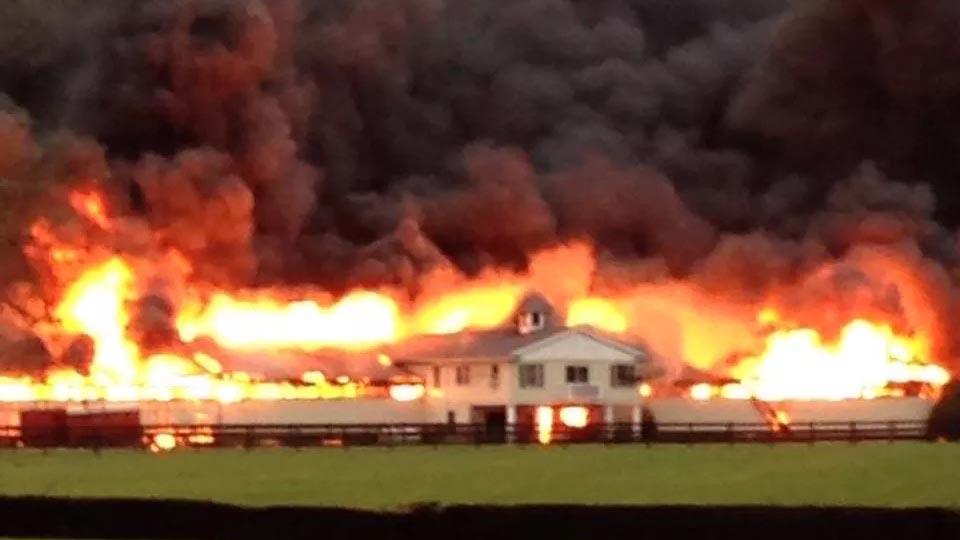 LeRoy believes it started after a person working behind the barn began burning leaves on November 11.

He adds there was a heavy wind that day that could have added to starting the fire along Elkhart Road.

LeRoy says there's no evidence pointing to that causing the fire since it burned for so long.

18 horses, one donkey and one dog died in the stable fire, which broke out just before 4 p.m. last Tuesday.

LeRoy says the stable owners are insured, but the family living in the stable are not.