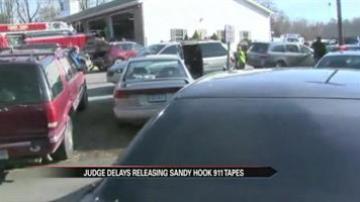 NEW BRITAIN, Conn. -- A judge in Connecticut is delaying releasing the 9-1-1 tapes from the day a gunman stormed Sandy Hook Elementary killing more than 2 dozen people but did allow the release of an official report.

Police arrived on the scene four minutes after the first 9-1-1 call.

The report details the results of the investigation, but investigators could not determine a motive.

A judge says she will make a decision about releasing the 9-1-1 calls in the near future.