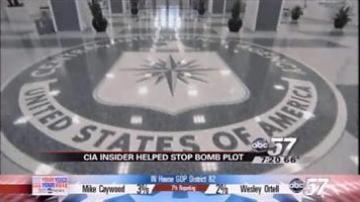 It was a double agent who helped stop another al-Qaeda attack. Tuesday the CIA admitted there was someone working with them.

Details of the spy's identity aren't being disclosed, but authorities say he was able to actually infiltrate the bomb-making cell, learn of the plot, get his hands on a bomb, and get it out of Yemen through Saudi Arabia last week.

The bomb is being described today by U.S. officials as an upgrade to the underwear bomb used three years ago in a failed attempt to bring down a Detroit-bound jetliner.