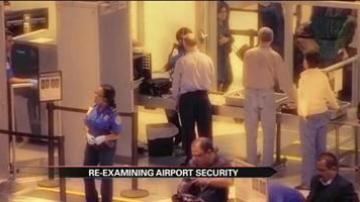 LOS ANGELES -- The deadly shooting at one of the busiest airports in the country sent waves of terror through travelers.

The shooting at LAX prompted officials to re-examine how safe airports are for passengers.

Some people are pushing for TSA officers to be upgraded to a form of law enforcement and carry weapons but others say protecting airport security is not one of the TSA's functions.

Thirty-nine-year-old Gerardo Hernandez is the first TSA officer to die on the job since the Transportation Security Administration was created after September 11th terrorist attacks in 2001.