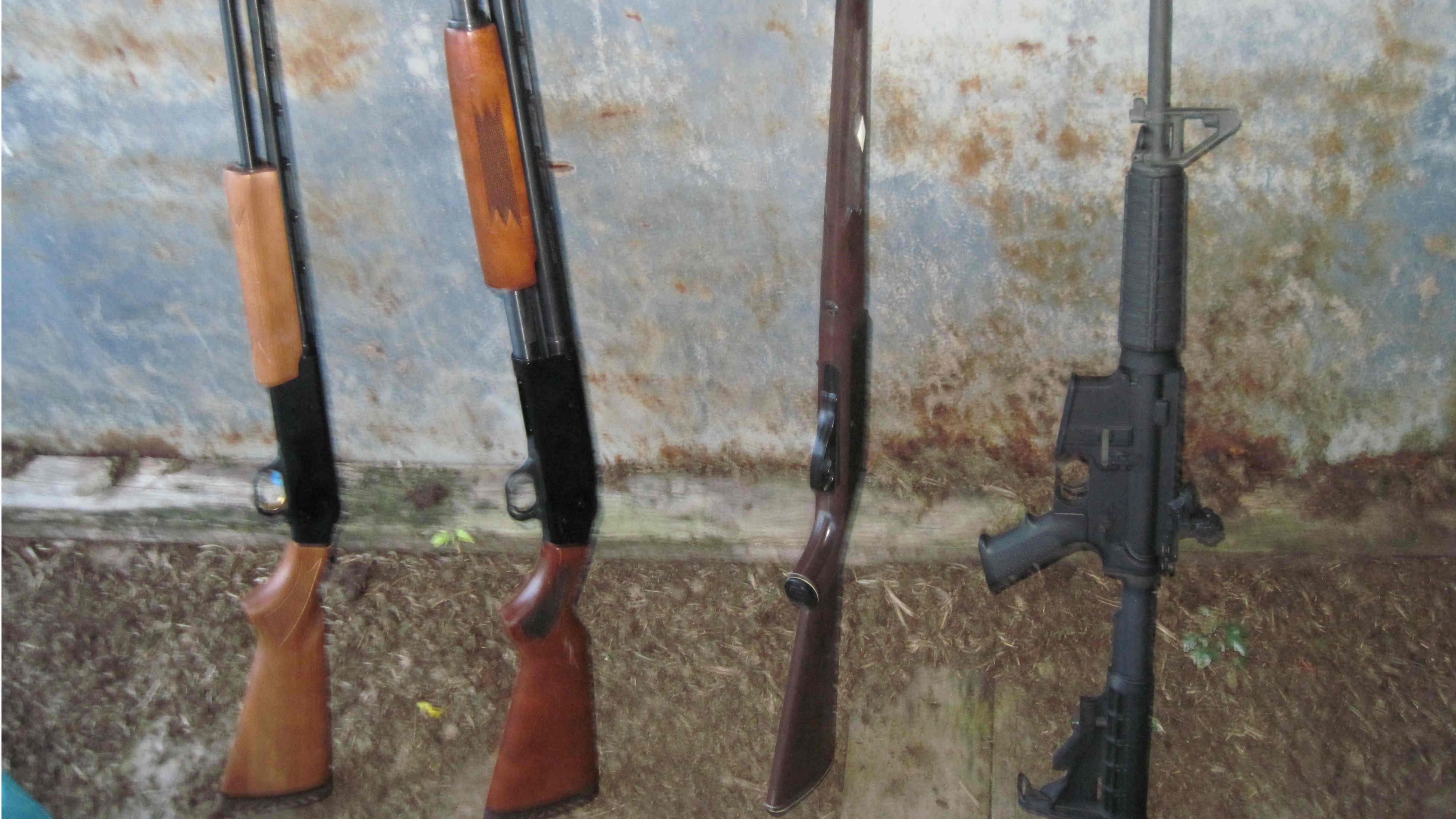 Deputy Whitmore with the Van Buren County Sheriff’s Office responded to a burglary at a home on 67th Street in Keeler Township on Thursday.

The victim told deputies that they had only been gone for two hours and when they returned, they discovered someone had broken in and stolen items from their home.

Police say the same residence was broken into in June of 2015.

That break-in prompted the homeowner to install several security cameras.

Deputies reviewed the security video and believe the suspect walked to the residence.

The investigation revealed that several guns with ammunition had been stolen.

Deputies say the suspect also entered a barn and a vehicle on the property, stealing items before entering the home to steal the firearms.

During further investigation at the scene, deputies heard several gunshots in the area.

Deputies investigated the gunshot sounds and located a 16-year-old at a nearby residence.

Police say he had items stolen during the home burglary, including the weapons, and appeared to be the same person in the video.

The suspect allegedly confessed to the break-in as well as the previous break-in at that house back in June of 2015.

He was arrested and lodged at the Allegan County Youth Detention Center without incident.

The report has been sent to the Van Buren County Prosecutor for authorization of charges.