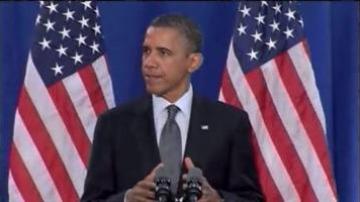 OHIO -- It is already a state that will become the focus in the November election. On Thursday, President Barack Obama and Republican challenger Mitt Romney made campaign stops in the hotly contested state of Ohio.

Both candidates spoke about the economy during their stops which occurred about the same time.

In Cleveland, Obama told supporters that the election boils down to a choice beween two different choices on how to create sustained growth in the economy.

In Cincinnati, Romney asked if things were better under the preisdnet.

Recent polls show that Americans are pessimistic about how the president is handling the economy.