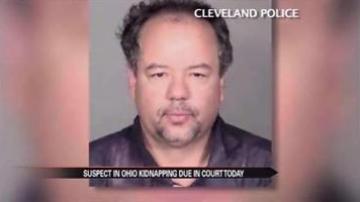 CLEVELAND, Ohio — The suspect accused of keeping three women hostage in a Cleveland home is expected to make an appearance in court.

The suspect, Ariel Castro, was charged on Wednesday with kidnapping and rape.

Meanwhile, details are emerging about the house where the three woman were held.

Castro is accused of holding them under conditions so oppressive that they were allowed outside only for a few moments in disguise.

Castro will be arraigned on Thursday.

Based on interviews with Castro and the women, police do not believe there are any other victims in the case.