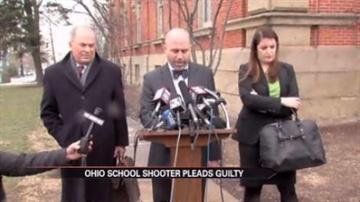 CHARDON, Ohio -- Wednesday marks one year since a deadly school shooting took place in Ohio and now the victims' families are suing the shooter.

Lane's attorney says his client decided on his own to plead guilty.

"TJ's plea of guilty is a complete admission to each and every element of each and every charge, every crime; TJ has made it clear that he will not seek to mitigate what has been done," said Ian Friedman, defense attorney.

At least one of the survivors and family members of those killed were in the courtroom to hear his plea.

Lane will be sentenced next month.