Ohio to delay 7 executions while searching for new drugs 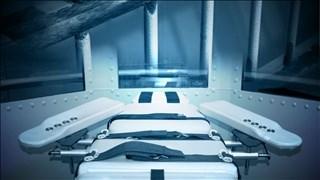 Ohio will delay the executions of seven death row inmates while searching for an adequate supply of drugs that complies with its new execution protocol, the state's Department of Rehabilitation and Correction said Friday.

That means the state will not carry out any executions in 2015, the agency said in a press release.

Ohio said in early January that it will add thiopental sodium, a drug the state used for lethal injections from 1999-2011, the department said. Thiopental sodium and pentobarbital will be the only drugs used.

Ohio decided to stop using the two-drug regimen of midazolam and hydromorphone.

That drug combination was last used in January 2014 on convicted murderer Dennis McGuire. Witnesses said he convulsed and gasped about 10 minutes before he died.

The McGuire execution was closely watched because midazolam, a sedative, and hydromorphone, a painkiller, had never been used in a U.S. execution.

Ohio, like many states, was forced to find new execution drugs after European-based manufacturers banned U.S. prisons from using their drugs in executions -- among them, Danish-based Lundbeck, which manufactures pentobarbital.