Oliver Davis not seeking another term as Common Council President 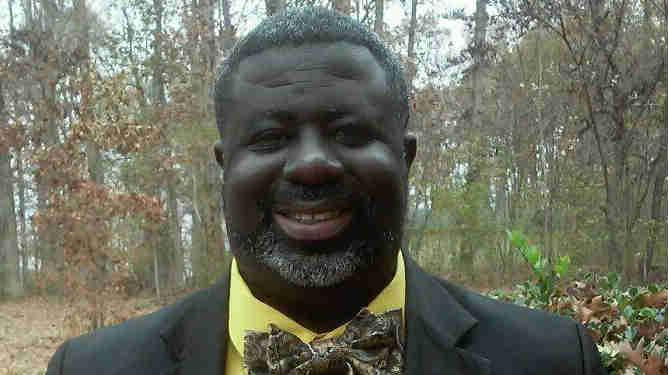 On Monday, the council will elect a new president and vice-president.

Davis says he will continue to act as councilman for the sixth district.

Greetings.  In my Davis family as a youth, my father, Oliver Sr., had a rule when we journeyed from our home in Alabama to our Grandparents' home in North Carolina, which was over 500 miles, that since we had four drivers in our family, that as far as possible, no driver should drive over two hours when we traveled.  That way whoever was in the driver's seat would stay refreshed and all who desired to share in the duty of being in the driver's seat could have a turn in driving on our journey.  By following this rule, when we arrived at our destination, we were rested and peace prevailed throughout our home.  Furthermore, all of us in our family had the opportunity to see "life" in the drivers' seat, which provided experiences which were not found in being in any other seat in our car.

1.  Passed a Balanced City Budget for the Year of 2015, in which the City Administration team can truly say that nearly all of its desires were included in this endeavor;

2.  Updated Chapter 5 of our City's Municipal Code which pertains to new animal care and control laws;

4.  Voted to approve the Department of Community Investment realignment of the city's tax increment finance, or TIF, districts in order to better meet the city's economic development needs, reduce the negative impact of property tax caps and lower the burden on taxpayers;

5.  Saw expansive economic growth in our City's Ignition Park area with the University of Notre Dame The University of Notre Dame and five public and private partners announcing a $36 million project that will be the nation's foremost research and test facility for advancing the technology used in the massive gas turbine engines used by commercial and military aircraft, power plants and the oil and gas industry;

6.  Worked together with our City's Administration to welcome home the Nello Corporation, who will be creating over 650 jobs in South Bend over the coming years; Lippert Components , who has created nearly 150 jobs in 2014 in South Bend; Noble America, who has restarted the ethanol plant, and many other companies who are now calling South Bend home; and

7.  Continued to see the work of the Nuisance Ordinance, through the work of our City's Police and Legal Departments, work together to reduce crimes and other social problems at various locations all over our City of South Bend;

8.  Experienced continued work done via our City's Park's Department to enhance of City Cemetery as we emphasize our City's long and prosperous heritage;

9.  Labored together to find ways to address our CSO plan for our City's sewers in a more cost efficient manner;

10.  Saw the Two Way Traffic Plans of the City's Administration which were approved in the 2014 City Budget, to become a reality;

11.  Worked together in a manner which promoted harmony with our neighboring City of Mishawaka, Indiana, when it came to providing water and sewage services in large parts of unincorporated St. Joseph County, including all of Clay Township and most of Granger and Penn Township by honoring our long standing "Gentleman/Gentlelady" agreement;

13.  Worked together to approve the partnership with TRANSPO and the City of South Bend as it relates to developing a compressed natural gas (CNG) fueling station at Transpo's operations center on South Lafayette Boulevard;

14.  Joined together to see a permanent solution put in by the City Department of Public Works to ensure Dry Basements for the Families who live in Our Calvert Street Area;

Henceforth, in following the "Lessons of the Geese", #3. The Importance of Sharing - When a goose tires of flying up front it drops back into formation and another goose flies to the point position - http://www.agiftofinspiration.com.au/stories/inspirational/geese.shtml, it is time for me to drop back into formation and during our South Bend Common Council Meeting on January 5, 2015, at 5 p.m., it is time for someone else on the Common Council to move up or over to the Driver's seat of our South Bend Common Council. Like my Dad shared with my family long ago, sharing the driver's seat helps us all to safely arrive to our destination.  We have much work to do this year, 2015, so we all need to be rested and refreshed as we work together to take care of the various needs of the People of South Bend.

Please know that I would like to send out a sincere thank you to Vice President Derek Dieter and to our Committee of the Whole Valerie Schey, for their service to our South Bend Common Council as officers over the past year.   Yes, we faced some turbulence in our flight which we all had to deal with in our Common Council and in our City of South Bend, but like any good flock of Geese, we all made it safely home.

It is my desire to continue to serve on the South Bend Common Council for as long as the People of the 6th District of South Bend continue to elect me to represent them on our City Council.  Therefore, I am available to be a resource to all who desire to drive in the Driver's seat.

Yes, I am Looking forward to a Great Year for the South Bend Common Council and our City of South Bend in 2015.

P.S. - Please see the You Tube video about "Wisdom of Geese" -