On heels of McCabe firing, Trump lawyer calls for end of Mueller probe 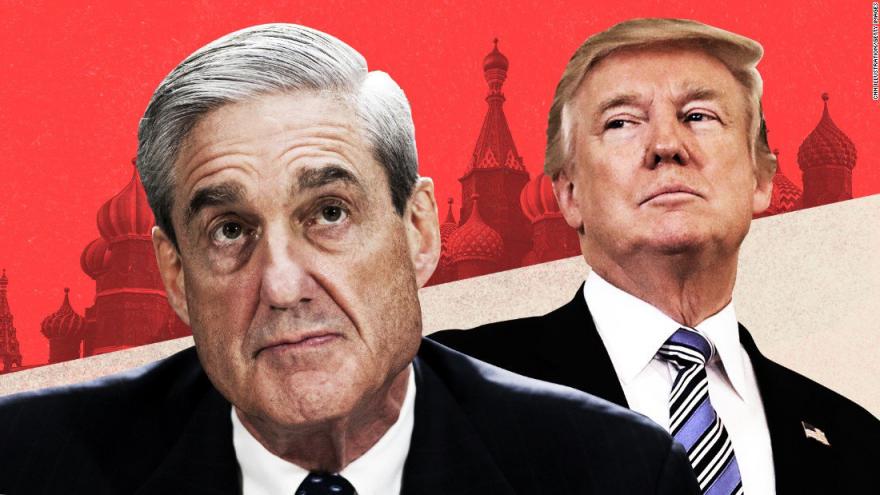 "I pray that Acting Attorney General Rosenstein will follow the brilliant and courageous example of the FBI Office of Professional Responsibility and Attorney General Jeff Sessions and bring an end to alleged Russia collusion investigation manufactured by McCabe's boss James Comey based upon a fraudulent and corrupt dossier," Dowd told CNN in a statement, reacting to the news of McCabe's firing.

Rosenstein, the deputy attorney general, is overseeing the Russia investigation after Sessions recused himself from the probe last year.

On Friday evening, the Justice Department announced that Sessions had fired McCabe just days before he was set to receive his pension.

Dowd told CNN he was speaking on his own behalf, although he had earlier told the Daily Beast, which first reported the statement, that he was speaking on behalf of the President. Dowd's comment wasn't authorized by the President, a person close to the Trump told CNN. Dowd also later added to his statement, saying of the investigation: "Just end it on the merits in light of recent revelations."

Dowd's remarks are the latest in a string of attacks by the President and his associates on the leaders of Trump's own Justice Department, with the President repeatedly going after the FBI and agents working with Mueller on the investigation into whether members of his presidential campaign colluded with Russia in its efforts to interfere in the 2016 election. The President suggested in January that the department was part of a shady government "deep state" conspiracy against him.

Dowd's comments, which prompted a strong reaction from Democratic leaders in Congress, come after Trump celebrated McCabe's firing on Twitter, writing that Comey, whom Trump fired last May, "made McCabe look like a choirboy. He knew all about the lies and corruption going on at the highest levels of the FBI!"

"Mr. Dowd's comments are yet another indication that the first instinct of the President and his legal team is not to cooperate with special counsel Mueller, but to undermine him at every turn," the New York Democrat said in a statement.

"The President, the administration, and his legal team must not take any steps to curtail, interfere with, or end the special counsel's investigation or there will be severe consequences from both Democrats and Republicans."

Sen. Mark Warner, the vice chairman of the Senate Intelligence Committee, also called for defending the Russia probe, retweeting a link to the Daily Beast story on Dowd's remarks.

"Every member of Congress, Republican and Democrat, needs to speak up in defense of the Special Counsel. Now," Warner, a Virginia Democrat, wrote.

Sen. Patrick Leahy, meanwhile, again called on the Senate Judiciary Committee Chairman Chuck Grassley to hold a hearing on what he called the politicization of the Justice Department.

"In the last few hours the President's personal attorney has called for the Justice Department, without even an arguably legitimate basis, to prematurely shut down the special counsel's Russia investigation," the Vermont Democrat said in a statement. "And the attorney general, in a clear violation of his promised recusal under oath before the Senate Judiciary Committee, fired a career civil servant days before he could retire, following months of the President's relentless and outrageous prodding."

Leahy later added: "I believe the Judiciary Committee will fail to fulfill its core oversight responsibility if it does nothing in this moment."

Leahy sent a letter to Grassley in late January asking the Iowa senator to hold a hearing on the attacks on FBI and its leaders, writing: "Never before have I been more concerned for the institutions we rely on to maintain our government's integrity than I am today."

CNN has learned that McCabe wrote memos documenting his conversations with the President, much as fired FBI Director Comey did, according to a source with knowledge of the matter.

CNN reported Friday that McCabe said he spoke to the President several times while serving as acting FBI director in May, and Trump berated him about his wife's failed Virginia state Senate campaign.

It remains unclear exactly what McCabe said in the memos and what span of time they cover. But a person familiar with the matter says the memos, which Mueller has, detail what Comey told McCabe about his interactions with Trump and are seen as a way to corroborate Comey's account in Mueller's obstruction of justice probe.

Trump tweeted about McCabe's firing early Saturday morning, calling his dismissal "a great day for the hard working men and women of the FBI."

Trump tweeted later Saturday, "As the House Intelligence Committee has concluded, there was no collusion between Russia and the Trump Campaign. As many are now finding out, however, there was tremendous leaking, lying and corruption at the highest levels of the FBI, Justice & State. #DrainTheSwamp."

Minutes later Trump tweeted a reference to McCabe's wife Jill's failed Virginia state Senate run in 2015, for which she received almost $470,000 from a PAC affiliated with then-Virginia Gov. Terry McAuliffe, an influential Democrat and longtime confidante of Bill and Hillary Clinton.

"The Fake News is beside themselves that McCabe was caught, called out and fired," Trump wrote. "How many hundreds of thousands of dollars was given to wife's campaign by Crooked H friend, Terry M, who was also under investigation? How many lies? How many leaks? Comey knew it all, and much more!"

Comey responded to Trump with a tweet Saturday afternoon: "Mr. President, the American people will hear my story very soon. And they can judge for themselves who is honorable and who is not."

McAuliffe reacted to Trump with a series of tweets Saturday afternoon in which he also called on Congress to protect Mueller's Russia probe.

"Delusional Donald at it again," McAuliffe wrote. "With all of the chaos at the WH someone forgot to put the safety lock on the play pen when they left for the weekend."

"PS-Some advice: change the channel from Fox News to basketball and stop putting yourself in even more legal jeopardy," he tweeted.

"For the record- I was proud to support a great woman candidate for VA Senate-Dr. Jill McCabe," he added. "I have spent my life supporting women and @realDonaldTrump has spent is [sic] life sexually harassing women. Shameful."

McCabe had been regularly taunted by Trump and besieged by accusations that he had misled internal investigators at the Justice Department.

However, he denied those allegations in a statement Friday night.

"This attack on my credibility is one part of a larger effort not just to slander me personally, but to taint the FBI, law enforcement, and intelligence professionals more generally," McCabe said. "It is part of this administration's ongoing war on the FBI and the efforts of the special counsel investigation, which continue to this day. Their persistence in this campaign only highlights the importance of the Special Counsel's work."