On the River makes $40,000 for Center for the Homeless 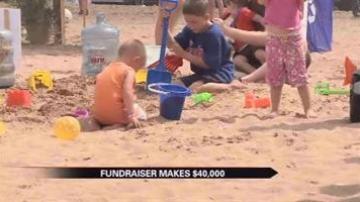 SOUTH BEND, Ind. -- It was nearly rained out but on Wednesday, the folks behind South Bend's On the River fundraiser announced it was a success.

The event held two weekends ago got caught in a storm and was briefly evacuated.