One dead, one injured in Bristol crash 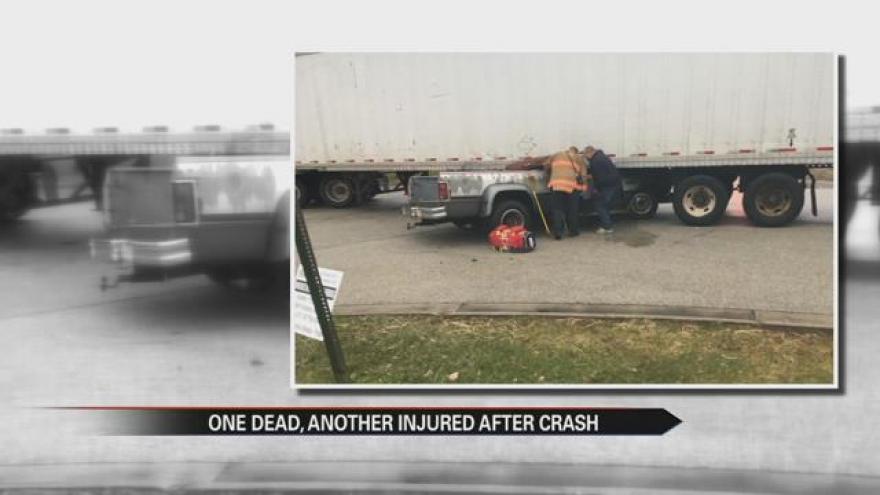 A man is dead after a crash between a pickup truck and semi in Bristol Wednesday. His granddaughter has been treated and released from the hospital.

“You want to stop it, you know? It happened so fast,” said Jason Darrow, who witnessed the crash.

Darrow watched horrified, right from this vantage point, as one man lost his life in seconds.

“I saw the truck skid, and the semi was pulling out, and the truck was right underneath the back of the trailer,” he said.

The pickup truck was going north on Division Street, when a semi truck went to make a left turn off of Kesco Drive.

“You know it’s going to happen, and there’s nothing you can do,” said Darrow.

The crash crushed the truck, killing a 69-year old man and injuring his 19-year-old granddaughter.

“I ran immediately to the truck to see if I could help. There was not much I could do. The truck was pinned underneath. All I could do was talk to the passenger,” he said.

He told her, “Just stay awake, we’re right here. Help’s on the way. Just kind of reassure her that it would be okay.”

Afterwards, Darrow only had one thought on his mind.

“My children. Not to take things for granted, you know? Things happen fast,” he said.

Bristol police say the granddaughter was trapped in the truck for 20 minutes until emergency responders could free her.

They have still not released the names of the victims.