One person shot at party store in Benton Harbor 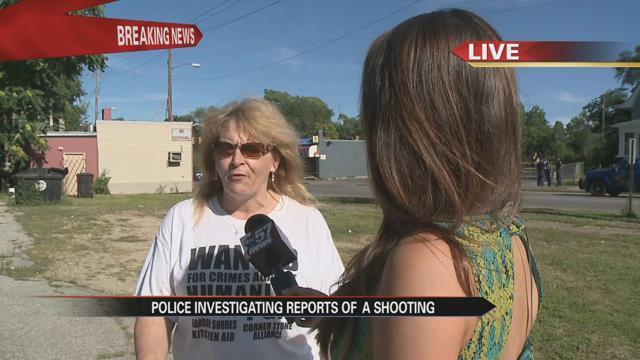 The Benton Harbor Police Department is investigating a shooting at J & B Party Store in Benton Harbor after a call came in of shots fired just after 4:15p.m. Wednesday.

The store is commonly know around town as BJ's party store and is located in the 200 block of E. Empire Avenue.

Police are investigating the incident as possible self defense.

Crime tape surrounded the parking lot of the store as police collected evidence.

Officers on scene said the victim showed up to Lakeland Hospital with a gunshot wound to his shoulder.

Police described the victim as "young" in the press release.

Police believe there was an altercation in the parking lot of BJ's party store before the shooting occurred.

A neighbor said she saw 8-10 people loitering in the parking lot.

Pati Heinz said, “We heard them light some firecrackers, like a whole pack, but at that time we didn’t realize someone had actually gotten shot. We seen a boy jump into a car and then everybody scattered and ran.”

Police said they are called to the location fairly often.

The case is now being handled by the prosecutor.