Organizations to host South Side Festival in Elkhart 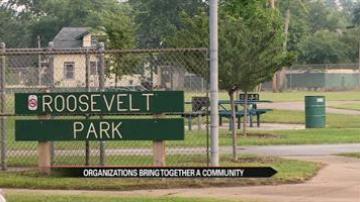 ELKHART, Ind. -- As summer winds down, Elkhart organizations are coming together to shed some positive light on their community.

The South Side Fun Fest will be held at Roosevelt Park the Sunday before Labor Day.

During the fourth of July holiday,  police say an officer was attacked. It sparked complaints about the relationship between the south side of Elkhart and law enforcement.

So that's why some local organizations are teaming up to put on a festival on the south side.

"It's part of a social renaissance where people are organizing around issues that they care about," says Jason Moreno, a member of the Board of Directors for The Hood Needz Me.

And while it's mainly for the kids, organizers say they're confident the event will shed some positive light on the community and help repair that relaionship with law enforcement.

"The unity is there and they want what's best for the city, just like we do," says Robert Taylor, another organizer for the festival.

The festival will try to raise to raise $15,000 in order to host family friendly events at the Roosevelt Center.