Osceola Dragway for sale after 60 years, owner looks back 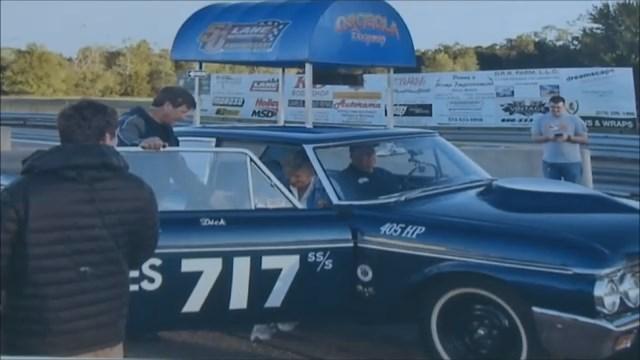 An empty drag strip, snow covered bleachers, and old trophies. A Michiana drag way finished its last race, and after 60 years, the owners are calling it bittersweet, but say, it’s just that time.

Gentleman, you may rest your engines. The Osceola Dragway is up for grabs after a 60 year run.

“We did put it on the market and were gonna do everything we can to keep it a drag strip. I’m getting older, and I’m getting tired,” said 84-year-old Ruth Chizum, Owner of Osceola Dragway.

“Were closed now I get phone calls now saying ‘what am I supposed to do on Sunday, you’re not open?’. They’re pretty faithful they call us their home track too so,” said Chizum.

After her husband passed away 16 years ago, Ruth’s son helped her run the drag strip.

“He’s just been my right hand. We’re kind of a two-man show here during the week. On a race day, of course, I’ve got employees,” said Chizum.

And she says it wasn’t easy.

“We have a concessions stand that goes up, we still have the pit area that still needs cleaning up after, and so even though we only work two days a week there’s work to do every single day,” said Chizum.

But she’s thankful for the last 60 years.

“I do wanna tell everybody thank you for their friendships really and their faithfulness for coming to the drag strip. They’re a special group of people,” said Chizum.