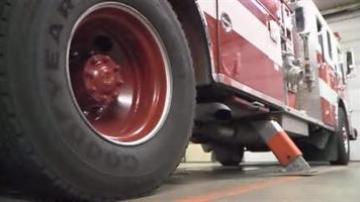 Earlier this week, we talked with former Osceola Fire Department Assistant Chief Chris Boling, who said he was let go for doing his job.

"I think the way they handled it was very disrespectful," Boling said on Tuesday. "Yea, it's a kick."

He and three others found themselves without work after complaining about broken equipment that made their job difficult, if not impossible to do.

ABC57 tried reaching out to the Town of Osceola, but officials there said they're not giving any comment on what they're calling a personnel matter.

But for the neighboring township's fire department, Osceola's lack of good equipment and medically certified volunteers is starting to add up.

The station doesn't get paid to help Osceola homeowners out due to the department's location.

Fire Chief VanBruaene said his station still responds though, because it's the right thing to do.

"We feel obligated to help them out," VanBruaene said. "But to what expense, that's hard to say."

He's hoping for a potential merger, because as it stands now, a quick response is hard to do when the nearest station is miles away.